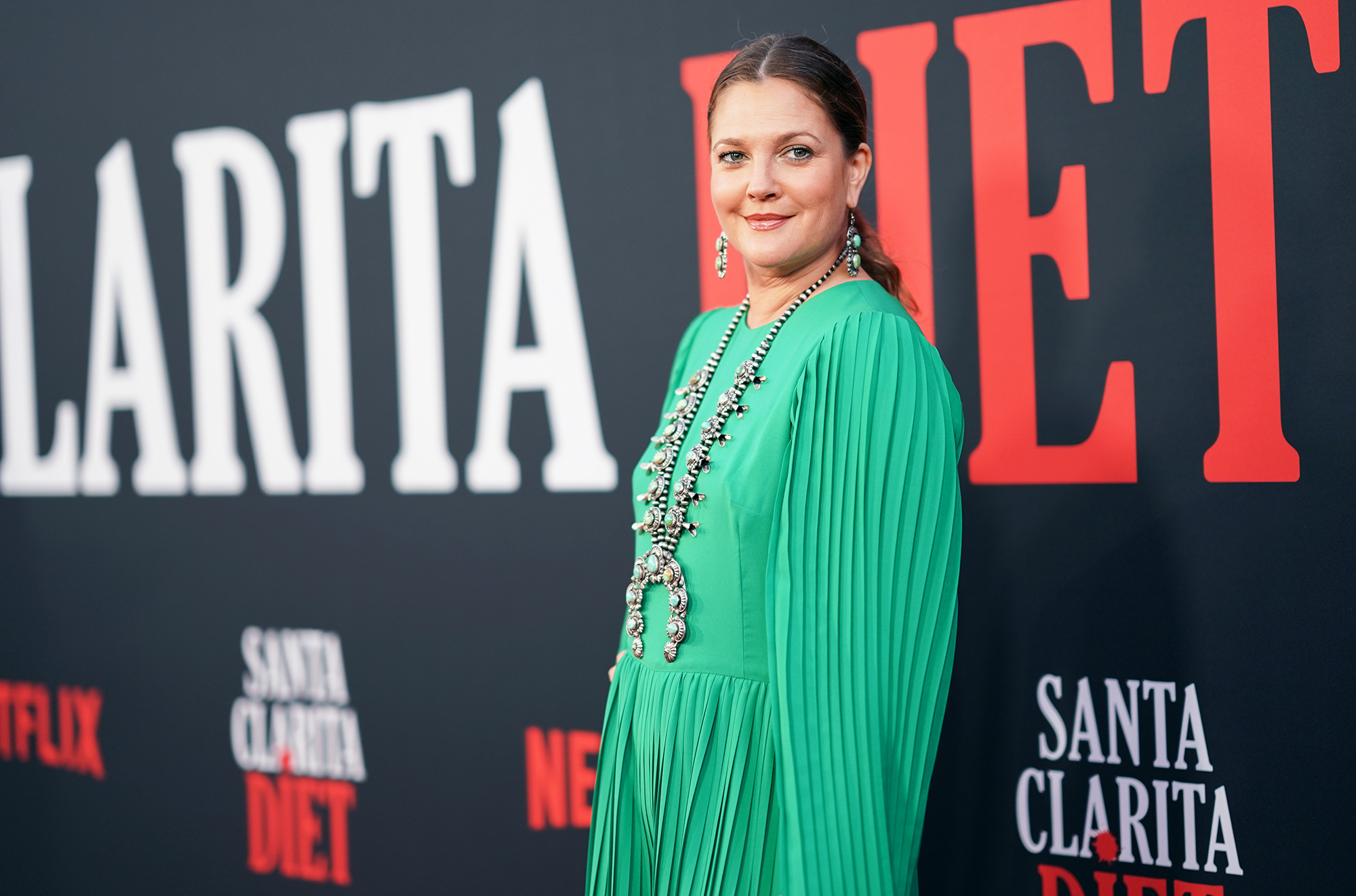 Mini-mes! Drew Barrymore’s daughters, Olive, 6, and Frankie, 4, both take after their mom in one exciting way.

“They’re very theatrical,” the Santa Clarita Diet star, 44, told Us Weekly exclusively at the season 3 premiere. “They definitely have a Barrymore gene strong within the two of them, but they’re funny and they’re cool and they’re adventurous and they love coming to set.”

The actress added: “I always thought the second they were born like, ‘Oh God, I don’t want you to be an actress.’ But what I really realized is that I just don’t want them to not have a childhood. If they were to go into acting in an appropriate age, I’d be, like, the most supportive, fiercest lion for it. … Now I’m like, ‘If you want to do that and go into theater in high school and do that for a living, I’m behind you.’ I just want them to have, like, a normal childhood.”

It helps that Barrymore thinks that the entertainment industry is experiencing a “very cool, rich time for women” in comedy.

The Wildflower author and her ex-husband, Will Kopelman, welcomed their daughters in 2012 and 2014. The pair split in 2016 after four years of marriage.

“Once upon a time… I remember reading an article that said I had gotten my happy ending after all,” the Flower Beauty creator captioned throwback photos with the actor, 40, in December 2018. “It sure looks that way. And then, like many times in life for all of us, our plans change and our dreams are adjusted. But that doesn’t mean that every second wasn’t worth it. And if that DeLorean time machine pulled up every day, I would do it all over again. After all, I did get my dream. 2 healthy girls.”

Barrymore revealed that coparenting with Kopelman was “not always easy,” but she and her ex were doing their best — and continuing to “marvel” at the little ones they made together.

With reporting by Nicole Pajer