Hilaria Baldwin is expecting her and Alec Baldwin’s fifth baby — and she doesn’t see a problem with announcing her pregnancy early on.

“People poke around and try to find out what is going on,” the fitness guru, 35, wrote on her Thursday, September 19, Instagram Story. “When you simply share what is happening, you take the story into your own hands. … Secrets are only interesting when they are secrets. Reports of my belly growing or my appearance changing spark rumors. … I hope this makes sense. It’s something I’ve learned over the past decade.” 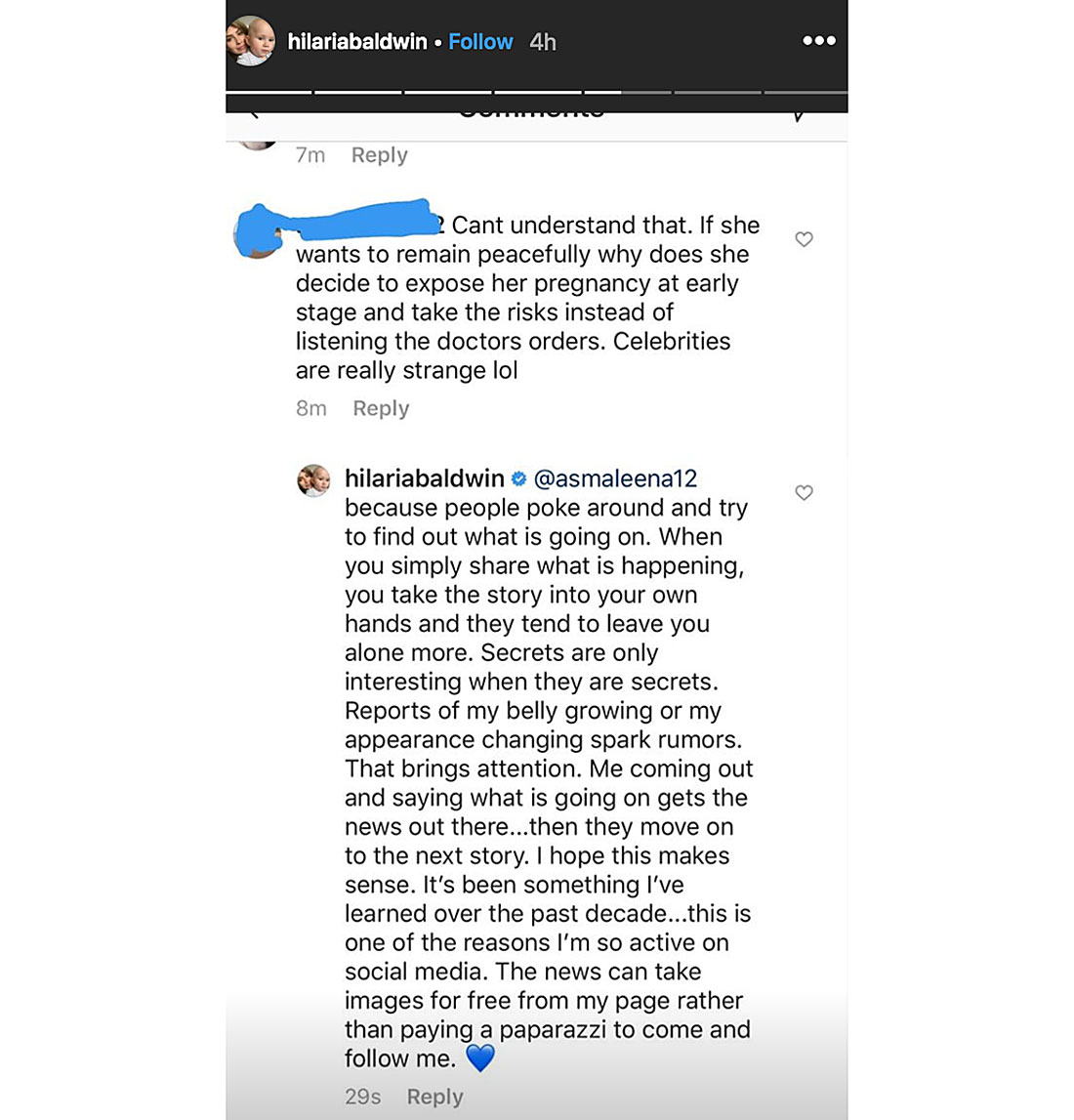 The Living Clearly Method author wrote this after a commenter calling her out for announcing early after a recent miscarriage. “Can’t understand that. If she wants to remain peacefully [sic] why does she decide to expose her pregnancy at early stage and take the risks instead of listening to the doctors?” the social media user wrote. “Celebrities are really strange lol.”

Hilaria, who shares Carmen, 6, Rafael, 4, Leonardo, 3, and Romeo, 16 months, with the actor, 61, posted a video featuring her baby-to-be’s heartbeat on Wednesday, September 18. 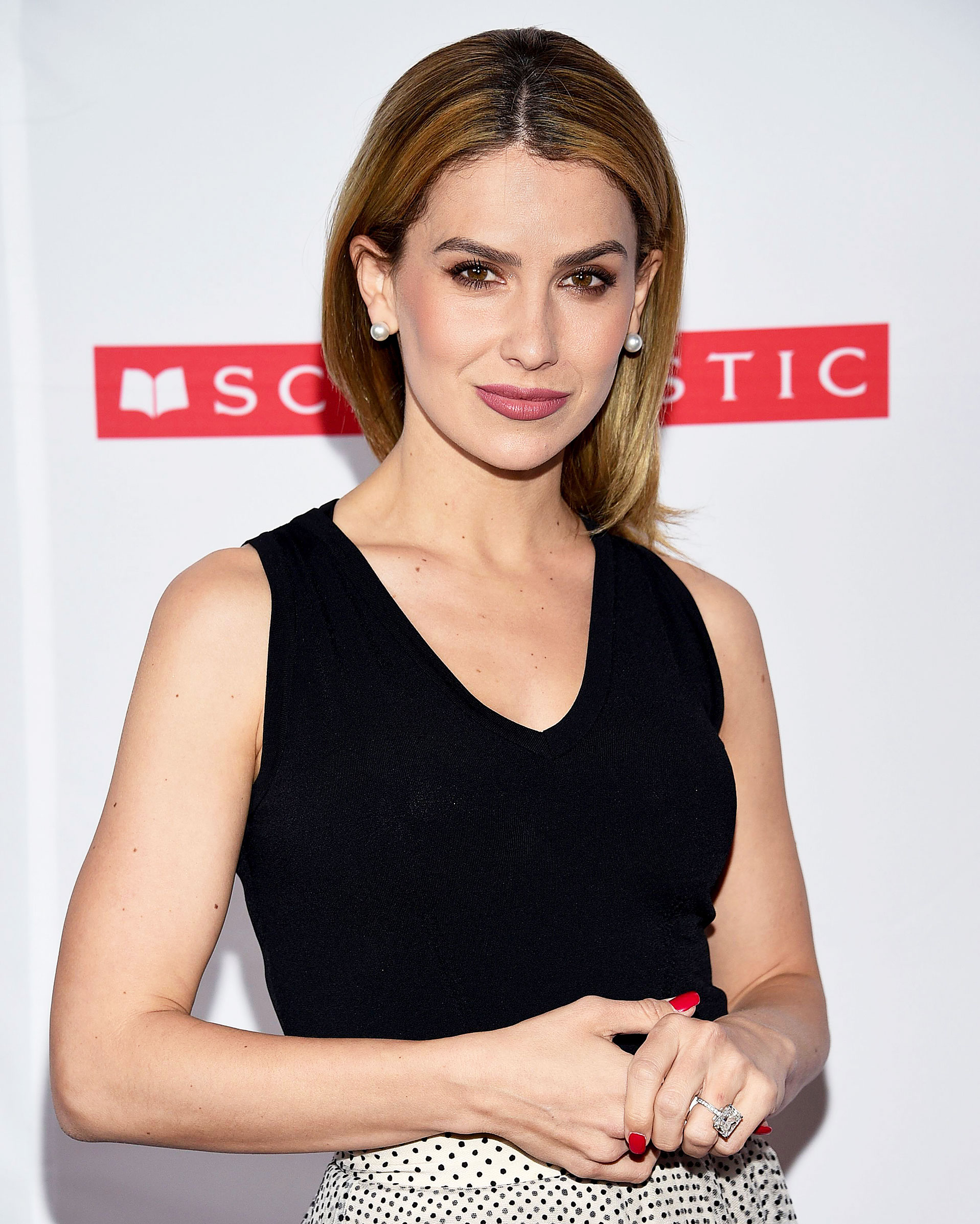 “The sound of this strong heart makes me so happy — especially because of the loss we experienced in the spring,” the yoga instructor wrote. “We want to share this news as we are excited and don’t want to hide the pregnancy. These first few months are tough with exhaustion and nausea…and I don’t want to have to pretend that I feel OK.”

Hilaria went on to post a baby bump pic, writing, “When you’ve had so many babies, 6 minutes pregnant = looking like 6 months pregnant.”

The “Mom Brain” podcast host admitted in April that she was “most likely experiencing a miscarriage” and confirmed the loss a week later. Five months after this news, Alec told Kevin Nealon that they were trying for another.