My 15-year-old daughter had been living without her phone for more than ten days when I suggested she get a pen pal.

“No, someone you’re not connected to online at all. You’d have to actually write them a letter, put that letter in an envelope, put their address on it and a stamp and then mail it,” I said.

Her response? She asked if she could buy stationery. And then she agreed.

I was floored. I had come prepared with a list of all the reasons my teen should consider a pen pal: how it would enrich her after-school hours, it’s so fun to look forward to getting mail, it didn’t cost more than a postage stamp…but behold: The only thing I had to agree to was a trip to the stationery store.

“I’m shocked you want to do this,” I confessed.

“What else do I have to do without my phone?” she shrugged. She was being funny, but I was convinced not having her iPhone had shifted her perspective.

The two of us had recently taken a four-day road trip for her spring break. The night before we left, she couldn’t get any of her apps to open. By the next morning, she couldn’t text or make calls.

“What am I going to do?” she asked. We had been planning our trip for more than a month, and I had no intention of delaying our departure time to hang out at the AT&T store just to be told our only option was to hand over $600 or more for a new iPhone.

“Take your iPad; you can use your apps on it, and I’ll download Spotify to my phone so we can listen to your playlists in the car,” I said. “You’ll be fine. Think of it as a social experiment: How long can a 15-year-old last without wearing earbuds?”

My thought was that we could leave her phone with her dad while we were on our trip, and he could do a factory reset, or even take it to a local repair shop. Five days later, we learned there was no fixing the phone, period — and the slightly newer model I ordered (at a greatly discounted cost through AT&T’s loyalty team) was going to take three weeks for delivery. Three. Weeks.

My daughter was suffering through life without a phone. And the pen pal was the perfect antidote. 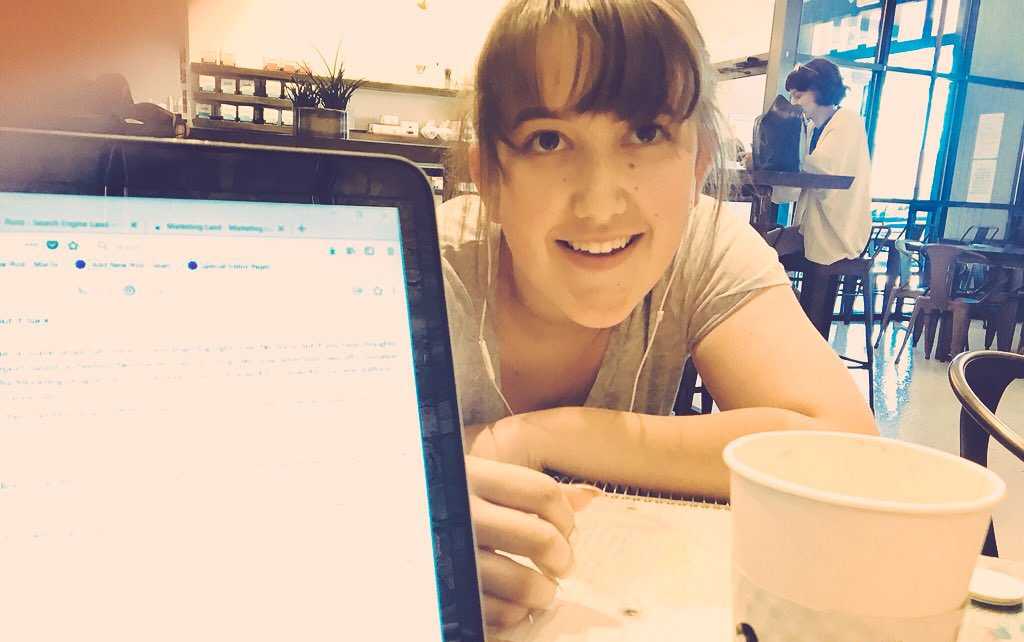 The real surprise was my own reservations when it came to finding her pen pal. There are numerous websites you can use, but all the ones I searched looked like the website had been built at the dawn of the internet — with bad clip art and poor design choices. One of the sites requested users enter their e-mail address, birthday, sex, and country: “That’s it. We promise!” read the homepage. The site had profile pictures of the last 24 “members” who had logged in. They were all adults and mostly male. Ummm.

It took me about ten minutes into my research to determine none of the find-a-pen-pal sites were going to work.

Next, I turned to Twitter, asking if I was connected to any parents with a teenager who may be interested in a pen pal. The only necessary qualifications: Someone close in age to my daughter who lived in a different part of the country or world. (I did add a follow-up tweet: “If I don’t know you, I’ll definitely vet you to make sure you’re a legit parent, and I welcome the same from you.”)

Finally, I decided to go through my connections on Facebook, trying to find someone I knew personally who had children my age. And luckily, Facebook proved a valuable resource (for once!). A friend of mine from high school, who lived in Texas, had a daughter the same age as mine. We had kept in touch only through comments here and there on each other’s posts, but I trusted her. I reached out over a direct message with my inquiry.

“She’s in!” my friend reported back. We exchanged our home mailing addresses and our daughters’ names.

And while I had definitive rules for finding my daughter a pen pal (rules I didn’t even know I had until I started the search) my daughter had requests of her own: She didn’t want to have to show me what she wrote to her pen pal; and I couldn’t be a nag about whether or not she had written a letter or what information she was sharing. I showed her a picture of my friend with her daughter on Facebook and gave her the girl’s name and address, and I let her go from there.

I remember having a pen pal from France when I was younger. I have no idea how it happened, but I am sure my parents were not involved in procuring my writing partner. Nowadays, the idea of handing over my daughter’s name and address to a random person online — who may or may not actually be another 15-year-old girl — would be out of the question.

I do wonder whether I’m being a helicopter mom here. Am I trying too hard to control my daughter’s experiences? I did agree I wouldn’t read her letters, or even ask about their content — but I did hand-pick her pen pal, after all. Was that too much from the get-go?

My original intention was to offer my daughter an opportunity to step away from the “always-on” nature of social media. The irony is that the world we live in now has made me overly protective of who she’s allowed to interact with offline. I don’t believe there are any easy answers when it comes to parenting, and choosing where to set your boundaries can be the most difficult line to draw. My choices often err on the side of too much protection, even when it comes to pen pals. It may not be the right answer, but it’s the one that lets me sleep at night.

My daughter finally got her new phone. Having a pen pal has not diminished the amount of time she spends on Instagram, but after nearly two months, she and her pen pal are still exchanging letters and have yet to connect online. My daughter’s even picked up a second pen pal.

“It’s a girl my age, but I only know her online,” my daughter tells me, “We’re in a group chat and she asked if anyone was interested in having a pen pal. I told her I would do it since I was already exchanging letters with someone else.”

She likes the anticipation of waiting for a letter and is always excited when she sees an envelope on the table. She has also learned how to address an envelope without me having to remind her to write our address in the top right corner. Having a pen pal – or two – has not impacted my daughter’s social media use, but it has given her a new perspective when it comes to meeting new friends and getting to know them outside of their social profile. And with the arrival of the second pen pal, I’ve relaxed my need to vet everyone she’s communicating with.