Before having my son, I told myself I would be the most disciplined person ever. I would not spoil him. He would have distinct times for naps, meals, and play. Boy, was I kidding myself.

In reality, it’s impossible to be so rigid, especially with babies. And even as they grow into toddlers and certain things stabilize, there’s always change — and it is constant. Just when you think you have a routine down, it backfires. And that is okay. After all, we as adults struggle with keeping up with everything; how can we expect a child who is developing in every way possible to suddenly fit a mold?

I I realized this more than ever as we entered the pandemic early this year. In the hullabaloo of trying to keep it all together, what got to me the most was everyone’s unsolicited advice about how to cope; while well-intentioned, it made me feel like I was not doing enough, or worse, just plain being a bad mother. I needed to learn how to tune out the noise — even when it was coming from friends or family. To do so, I realized I needed to simply, literally unplug in order to be a present mother to my son. This, for me, meant stopping answering my phone.

As my baby becomes a toddler, things get more challenging. He constantly wants attention and care. Even if I read the book he wants, it’s not always enough. He also wants me to make all the sounds (whether it’s the moos for the cows or the roars for the lions), and to make them with enthusiasm; otherwise, he senses that I am not fully into it. If I take a break to check my phone, whether it’s a text or a call, that throws off the whole thing. The same goes for if he’s playing with a toy and making progress; he looks to me for approval and applause. If I don’t give him that encouragement, he will keep seeking it until I actually notice him.

This likely has to do with the stage of development my son is in; these days, he wants to be attached. When I answer the phone, it disrupts that. 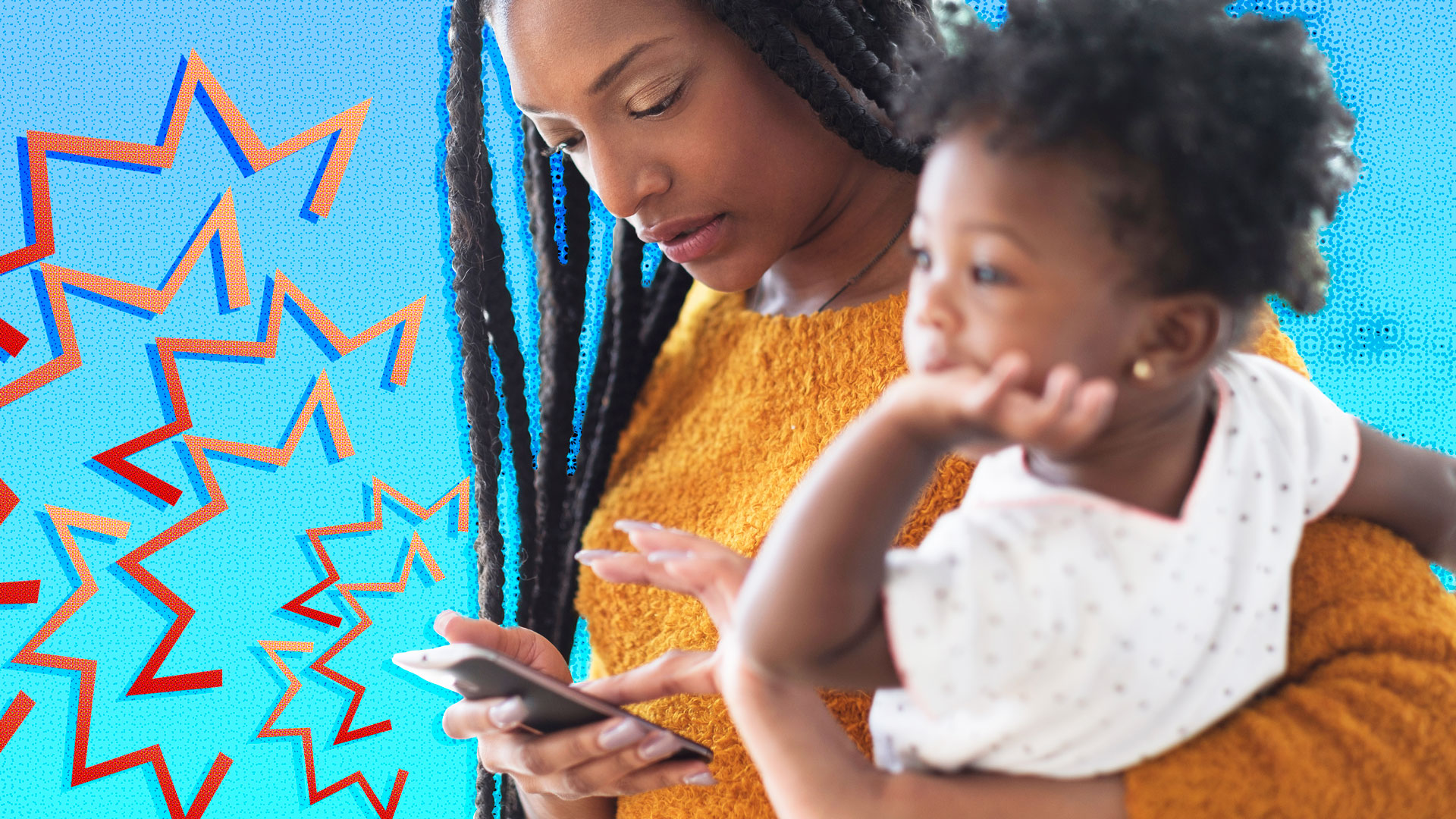 While some may think this sounds ridiculous, I think it’s adorable. After all, it’s only a matter of time before my son won’t be needing or wanting me as much as he does now. For now, I would rather call or text on my own schedule, when I’m not with my son. This also allows me to put more thought and time into my phone response instead of appearing to be disinterested (which can, in my experience, open a whole other slew of problems between me and the recipient).

Folks need to understand that moms with young kids cannot always answer the phone. Being constantly plugged in is just physically not possible for me. While relatives may misunderstand, this is something that needs to be normalized, not penalized. I’ve had friends tell me that my son is “taking over my life” — and yes, to some extent that’s true. But guess what: While it is in many ways exhausting, it is that much more rewarding and exhilarating. I am never bored. There is no time for boredom; my son always keeps me on my toes!

We already have so little support in this time we’re living in as we raise our kids — phone calls only further complicate that process.

The pandemic has magnified the importance of phone and digital communication. But the load of motherhood needs to be talked about more openly — and for me, being constantly in communication when the time isn’t right doesn’t help. Receiving judgement from others on how I am bringing up my son when they have no idea what his personality is like doesn’t help. And it’s my right to determine when something — in this case, phone calls — is not fruitful and is instead actually harmful, and to remove myself from that situation.

Because honestly, I would rather do things of my own accord rather than what a relative or friend suggests. Sure, their words may come from a good-hearted place, but how about acknowledging what mothers are doing instead of talking down to them? How about asking what times work best for a call instead of getting upset when someone doesn’t answer?

While there may be no answer to those questions, I wish more people would honor the phases that mothers go through with their kids. I know it can be annoying for you, but for me, I have to do what is best for my son and myself. We already have so little support in this time we’re living in as we raise our kids — phone calls only further complicate that process.