“We’ve got the whole world in our hands!!!” she captioned a photo on Instagram on Sunday, September 22, showing their newborn’s tiny foot cradled in her parents’ and big sister’s hands. “Welcome, Madison Jade Mizanin Born 09/20/2019 8:02am 7lbs 15ounces.”

The professional wrestler, 38, announced in February that they were expecting baby No. 2. “We always said when we had a huge announcement that we would announce it right here in the WWE, in front of all of you,” he told the WWE Elimination Chamber crowd at the time. “And tonight, we got a really big announcement, so without further ado…” 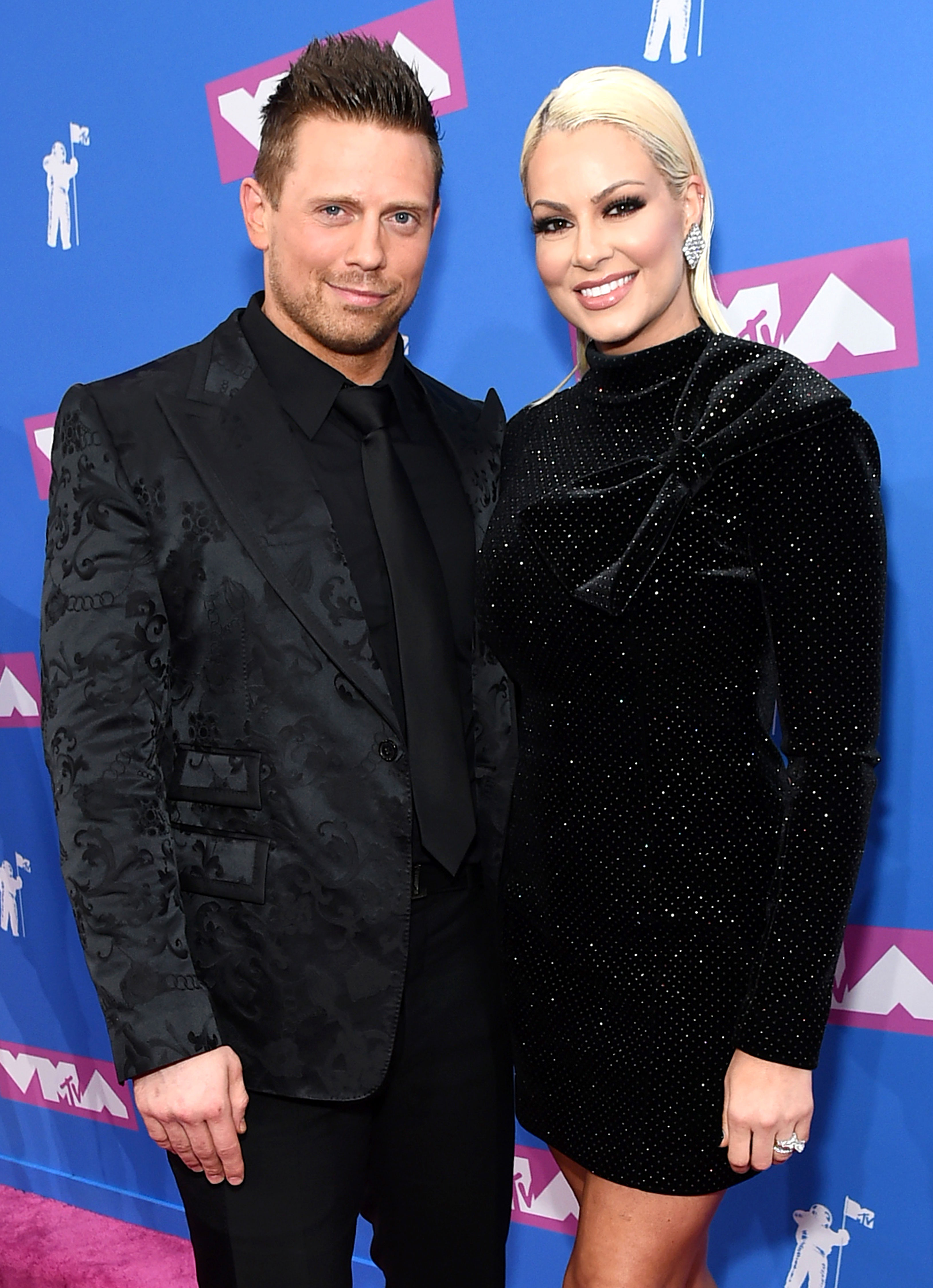 His wife, 36, then officially made the announcement, revealing with a hand on her baby bump: “We’re having another baby!”

The Miz and Mrs. stars, who got married in the Bahamas in 2014, welcomed their first daughter, Monroe, in March 2018.

“I have no idea what I’m doing but I will listen, learn and love the best way I know how,” the Real World alum admitted on Instagram at the time.

Two months after announcing that they were expanding their brood with a second child, the couple held a gender reveal party complete with pink and blue balloons and a matching cake.

“INCREDIBLE MOMENT,” Maryse captioned a May photo of her and her husband standing beneath a shower of pink confetti. “#itsagirl.”

The athlete gushed about fatherhood to Us Weekly exclusively in April 2018. “I’m at her service no matter what. I’ve never had anyone have so much control over me,” he said.

The actor added, “I’m a night owl so I usually stay up at night with her and my wife sleeps. Then whenever I sleep, my wife takes over. Literally, we’re just tagging in and out. I wanted to be the dad that was able to feed my daughter, hold my daughter, really be there for my daughter. I want to be the dad that’s here. I want to see her. Every day, her face changes, her body changes, everything about her is just changing every single day. It’s crazy.”