Proctor and Gamble announced Tuesday that the company will be increasing prices on products like diaper brands Pampers and Luvs and tampon brands Always and Tampax. The sound you just heard was the collective gasp of parents across the country after finishing the mental math on how much more expensive it’s about to be to raise children in America. 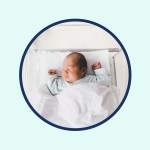 The price increases will vary by brand, but the manufacturer says the increase will be in the mid-to-high single digit percentage range, according to CNN. “They will go into effect in mid-September.”

The move comes in response to the higher cost of the materials used to make these products. And they’re not the only company making your wallet weep. Kimberly-Clark (the makers of products like Huggies and Pull-Ups) and General Mills (the manufacturer behind Cheerios), have also announced an increase on the cost of manufacturing and shipping the parenting staples.

According to the U.S. Department of Agriculture (USDA), the average family will spend approximately $12,980 a year raising a single child. That cost includes housing, food, child care, and more. Also included in the findings from their 2015 study (which makes them basically ancient when you consider how different the world is today), parents and caregivers can expect those expenses to increase as their child ages, making diapers the least of their problems.

That figure doesn’t include families with higher income levels, who will obviously spend more than the average. But we know that these daily living costs affect those at lower incomes the most, as it represents a higher percent of their expences.

There’s also a geographic component as well. “Regional variation was also observed,” the USDA reported. “Families in the urban Northeast spent the most on a child, followed by families in the urban West, urban South, and urban Midwest.” And families in rural areas across the country spent the least per child, mostly thanks to the lower cost of living which is reflected in cheaper housing and less expensive child care.

So, why the increase? The pandemic’s impacts on both the global supply chain and consumer demand seem to be behind the increased costs, which will hurt parents who are already paying what feels like a fortune for these products to begin with (for example, a five-week supply of Huggies diapers can cost $45.99 at Costco).

But parents aren’t the only ones looking at higher costs at the store. According to CNN, prices are going up across the board, with prices for March up 2.6 percent compared to the same month last year, per the Bureau of Labor Statistics. From February to March, prices went up 0.6 percent, which was the largest monthly increase since 2012.

Now, please excuse us while we go stock up on Cheerios and diapers.

These celebrity moms may use weed to help them with that daily juggle.