Feeling relieved. Jade Roper and Tanner Tolbert are “so glad” their 6-month-old son, Brooks, had a frenectomy.

“Brooks got a frenectomy done,” the Bachelor alum, 33, captioned a selfie with her son on her Wednesday, February 5, Instagram Story. “If you’ve been following along, you know this has been a conflicting journey for us. Will post more about it later, he’s wanting lots of mommy snuggles, but ultimately feel so glad we went through with the procedure.”

Frenectomies are the removal of frenum tissue attaching the tongue to the floor of the mouth or the lip to the gums. They are often done when an infant is having difficulty breast-feeding. 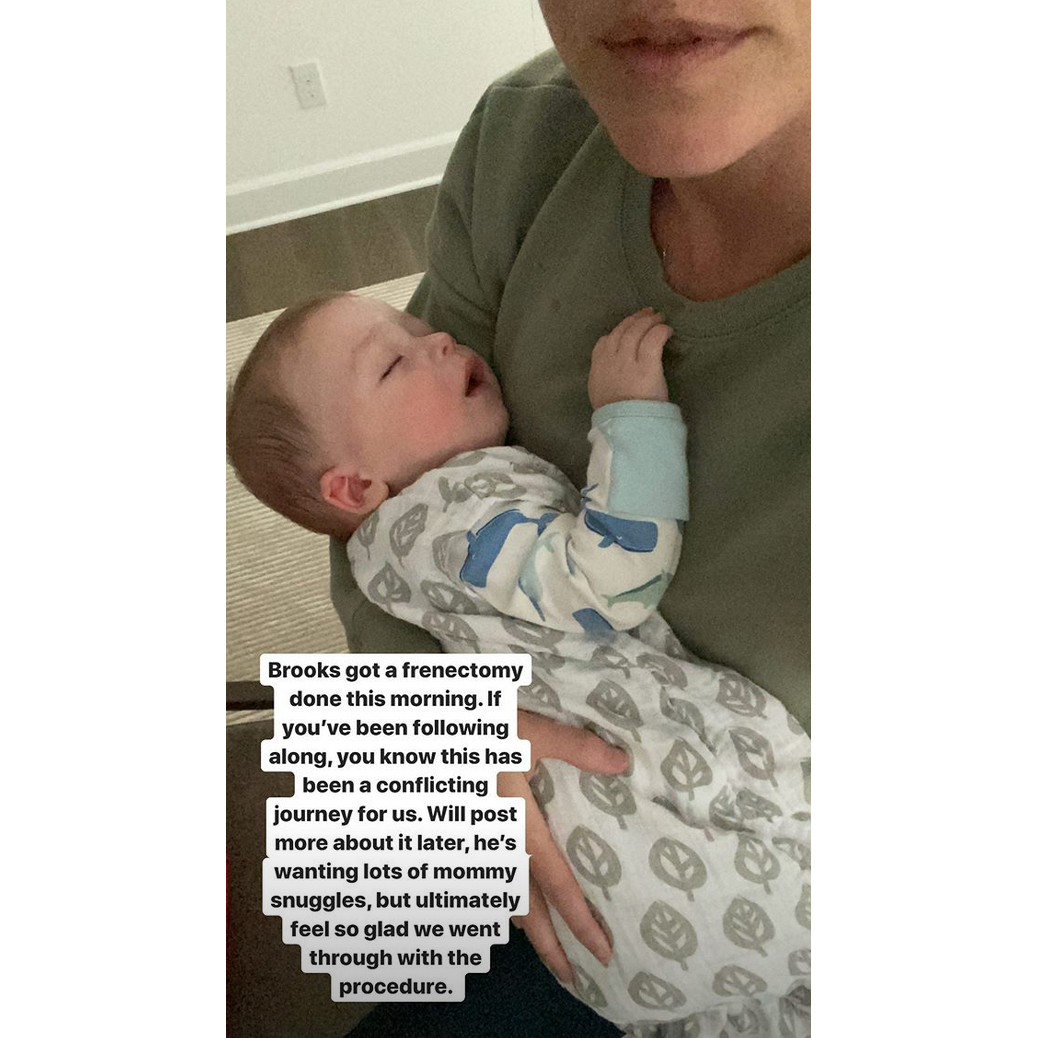 The Colorado native, who also shares daughter Emerson, 2, previously opened up about Brooks’ “really hard” feeding journey in a December 2019 Instagram post. “We’ve dealt with dairy and soy allergies that left him crying for hours on hours with malabsorption, a lip and tongue tie we were advised not to revise (although they give him a poor latch), milk supply issues, foremilk/hindmilk imbalance,” Roper wrote at the time. “It feels like the list goes on. I think one of the biggest worries we have as mothers of little babies is if they are getting enough to eat and if they are gaining enough weight.” 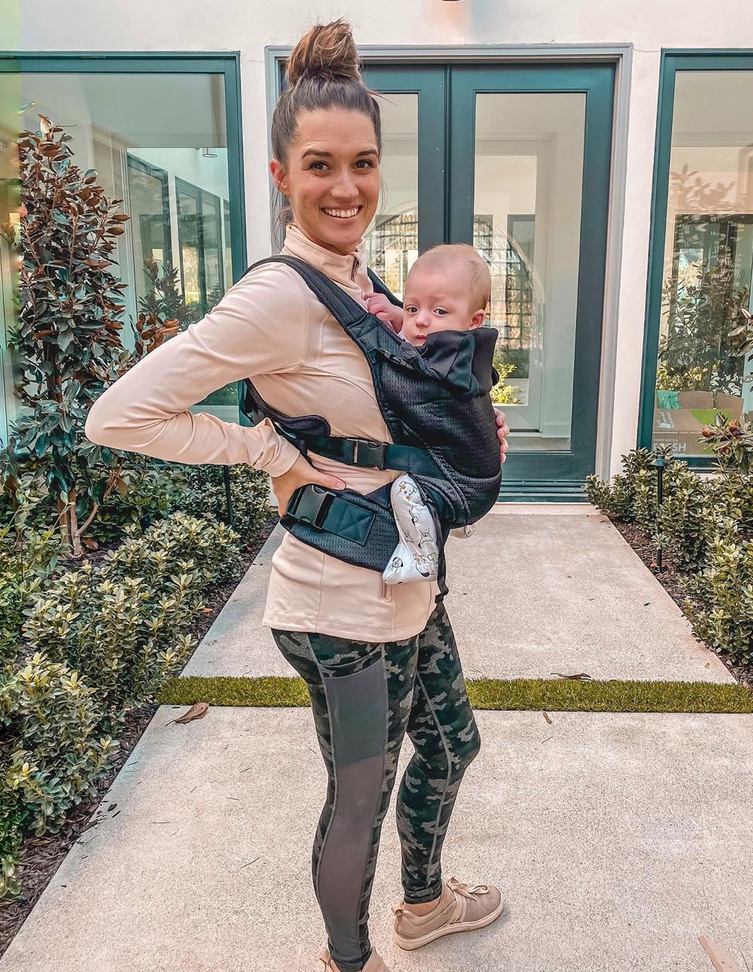 Four months earlier, the “Mommies Tell All” podcast cohost revealed that the newborn had “a lip tie on the top” that his pediatrician had advised her and Tolbert, 32, not to have fixed. “We’re trusting her and not revising his lip tie,” Roper wrote in August 2019.

She and the Bachelorette alum, who wed in 2016, welcomed their baby boy in July in their master closet. Roper wrote that she gave birth 75 minutes after her water broke, writing on Instagram at the time: “It was one of the scariest moments of my life because I felt so out of control, but Tanner, Tanner’s mom, my mom and the medics and firefighters kept me going when I felt like the world was caving in on me and my unborn baby.”

Emerson has been “very sweet” with her baby brother since his arrival, she added, explaining that the toddler “gives him kisses and hugs and is concerned when he cries.”