If you purchase an independently reviewed product or service through a link on our website, SheKnows may receive an affiliate commission. 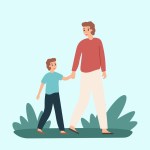 By 13, I had discovered lip gloss and miniskirts, and replaced fisticuffs with words. This skill carried me through high school speech and debate teams, degrees in U.S. History, a short tenure in law school, and a brief career as a romance novelist. I was always comfortable with words, mesmerized by their beauty and aware of their power. I watched my grandfather devour multiple books simultaneously, and read my dad’s revolutionary poetry about love, freedom and pain. I was destined to be a writer.

My early syrupy romance novels were written instinctively. I was riding the wave of the Black Arts Renaissance of the 1990s and writing against stereotype. My books depicted Black people in love, because historically romance had been written for and by white women. Publishers didn’t believe that Black women might also want to be rescued by a knight in shining armor.

I moved on from romance to women’s fiction to scripts. (I live in Los Angeles; what did you expect?) This time, the genre was soapy dramas with Black female lead characters. Once again, I wanted to shine a light on funny, mundane and extraordinary aspects of Black life. I didn’t get very far— because my baby arrived, giving me new subjects to write about.

As a single mom by choice, I felt confident that I could handle one child. And for a while, I kept up with hair and nail appointments, and continued traveling, though now my little boy was in tow. New motherhood was filled with trial and error and when I sought information about Black motherhood, I came up short. The parenting genre had omitted us in the library, at the book store, in the movie theatre, and the Internet was very light on information about Black people who adopt. I felt like a unicorn, though I was hardly the first Black woman to adopt solo.

Because I did not see myself on the page, I began writing about parenting in earnest. Early articles appeared in mater mea, an online e-zine for Black mothers. It remains a beautiful space for new and veteran Black mothers of all stripes who are seeking to share and give parenting advice. While mater mea was for us, I was still yearning for Black moms to have a presence wherever parenting stories were told. Our experiences were not marginal; we were full-fledged parents, and missing from the mainstream.

This absence was replicated in the adoption world, where the focus was on transracial adoption. In other words, whenever white people adopted children of color, there was a story and resources. Same-race adoption received less attention, especially for Black people adopting Black children. I refused to take this lying down and wrote “Yes, Black Women Do Adopt” for Adoptive Families magazine. My goal was to debunk a pervasive myth that Black people did not adopt, and break into the parenting canon steeped in maintaining a June Cleaver-archetype. I worked really hard to make my voice heard and to show that stories written by Black mothers about Black motherhood were universal, interesting, and culturally relevant.

Motherhood created a shift in my writing. I had new things to say about race, gender, and added parenting to my burgeoning repertoire. Unwittingly, I was following the blueprint set forth by my parents, who were part of the Black Power Movement. Both were super radical, and I assumed that my path – sorority girl, academia, music business, nonprofit, world traveler, member of the literati – was bereft of their fire. I was wrong. And, while you will never see me with a bullhorn or marching in the street, I will raise my pen (keyboard strokes) to write about injustice against Black mothers, Black children and the double standards that visited this nation on January 6, 2021.

When my son began experiencing microaggressions at his progressive private school, I linked arms with a couple of Black mothers to encourage the school to rethink how it treated our boys. We pushed for equitable treatment by white teachers, the hiring of more teachers of color, and a culturally responsive curriculum that was inclusive. The work that went into transforming the hearts and minds of the school’s stakeholders required vulnerability and patience. Not to mention countless meetings and retelling of incidents of unfair punishment on the school yard, in the classroom and coded language on report cards. Change would not come overnight, and we settled in for the long haul. I understood the risk of backlash against myself and my son, but figured I wouldn’t be a good mother if I didn’t speak up. For this, my moms-in-arms nicknamed me “Angela Davis”.

Then something happened: our white male head of school got on board. He reassessed his heart and ideas about who we were as a community, and then took meaningful action to change our school for the better. I remain proud of the work we did, and will be forever convinced that being a mom is what kept me in the fight.

All of this energy culminated in a book. In 2019, my nonfiction debut, Motherhood So White: A Memoir of Race, Gender, and Parenting in America, hit the parenting shelves all over the country. I did not set out to put my business in the street, but motherhood changed my identity from a wannabe hot mama to a witness and griot to the times in which we live. Apparently, expressing my opinion rankled some, because trolls hit me with “bad mother” for complaining about how exhausting motherhood is and deemed me “racist” for fearing for my teenaged son’s safety during the racial reckoning of 2020.

Homebound, my children ran wild with the neighbor’s kids. Everything was fine until they started playing hide and seek and exploring beyond the borders of our gentrifying neighborhood. Hiding behind trees and on the sides of homes was part of the game, but would that trigger a situation when the Black boys did it? I doubt white parents gave that a second thought, which led me to raise the issue of the safety of Black boys in even semi-white spaces.

Ultimately, the name calling did not bother me. In fact, it clued me into the obvious: my activist roots had been showing for some time. Motherhood just brought it to the forefront. Fake Angela Johnson, reporting for duty.