Pippa Middleton isn’t afraid to try new things with her 12-month-old son, Arthur — including a “popular alternative therapy for newborns.”

The little one has been seeing a cranial osteopath since he was 7 months old, the socialite, 36, shared in her Waitrose Weekend column this month. “[It’s for babies] who have had a traumatic birth, are unsettled, or have trouble sleeping,” she explained. “It claims to heal, relax and promote sleep, digestion and body alignment through gentle head and body manipulation. While there is a lack of scientific evidence, after hearing positive things about it (and out of intrigue more than anything else), I took Arthur.”

Duchess Kate’s sister went on to write, “I was fascinated to see how calming it was for him, but also how valuable the feedback was. The osteopath noticed one side of his neck was tighter than the other, which explained why he favored one side sleeping. She also saw that his arms were stronger than his legs, so she gave me an exercise to help him.” 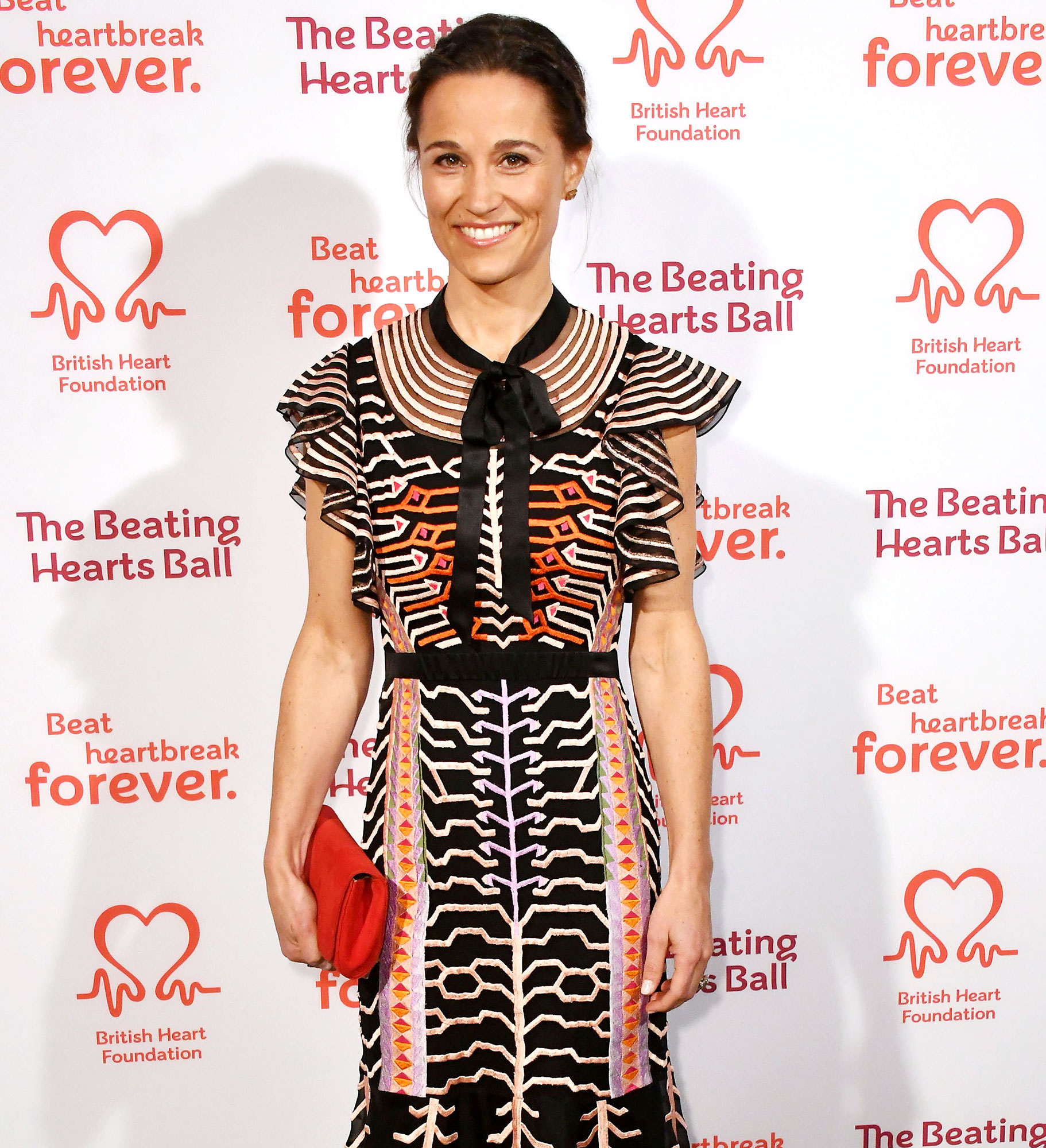 She and her husband, hedge fund manager James Matthews, welcomed their baby boy in October 2018.

Middleton first mentioned her son in an April Waitrose Kitchen column, writing, “Starting my son Arthur swimming at four months old has given him confidence and enjoyment in the water. He’s now 6 months old, and swimming is one of our favorite activities. The exercise helps guarantee sound daytime sleep, and the movement has improved his digestion.”

Middleton and Matthews, 44, tied the knot in May 2017 at St. Mark’s Church in Englefield, Berkshire, in the U.K. The couple revealed her pregnancy news nearly one year later, and have been seeking advice from her sister ever since.

“Kate has so much knowledge to share,” a source told Us Weekly exclusively at the time. The Duchess of Cambridge, 37, who shares George, 6, Charlotte, 4, and Louis, 18 months, with Prince William, “is a walking baby encyclopedia at this point!”