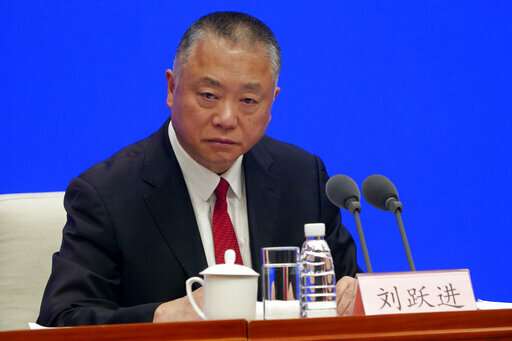 China said Monday it would begin regulating all fentanyl-related drugs as a class of controlled substances, in a change U.S. officials had long advocated as a way to stem the flow of lethal opioids from China.

The sweeping change in the way China regulates drugs that mimic fentanyl takes effect May 1 and could help end the game of regulatory whack-a-mole with chemists who can manufacture novel opioids faster than they can be banned. It could also facilitate prosecutions of opioid merchants in China, who until now have skirted the law by manufacturing and exporting fentanyl variants that were technically legal in China.

“We firmly believe that listing the entire class of fentanyl substances will completely block the loopholes that enable law breakers to evade punishment by simply modifying one or several atoms, functional groups or other groups,” said Liu Yuejin, vice-commissioner of China’s National Narcotics Control Commission. “It will effectively prevent the massive abuse of fentanyl substances and illegal drug trafficking and smuggling activities, and contribute to global drug control with China’s wisdom and power.”

China already controls 25 variants of fentanyl, plus two precursors used to make the drug. Data from the U.S. Drug Enforcement Administration have shown that when China bans a variant of fentanyl, seizures of that analog in the U.S. fall.

U.S. officials have repeatedly pointed to China as the main source of synthetic opioids shipped into the country directly by mail or transported via Mexico. China on Monday again denied that claim.

“China’s control over fentanyl drugs is very strict,” Liu told reporters. “It cannot be the main source for the United States. The U.S. accusation lacks evidence and is contrary to the facts.”

In 2017 and 2018, the U.S. Department of Justice indicted the alleged kingpins of three opioid distribution networks in China. Liu chided U.S. officials for bringing cases against Chinese nationals without first informing their Chinese counterparts.

“Until now, we haven’t found that the relevant people infringed on Chinese laws, the U.S. also has yet to present evidence showing that they have breached our laws,” he said. “The two sides are still progressing with cooperative investigative work. The U.S., however, now takes some measures like indictments without informing us beforehand. This undermines the sound atmosphere of two sides’ cooperation. We express regret for this.”