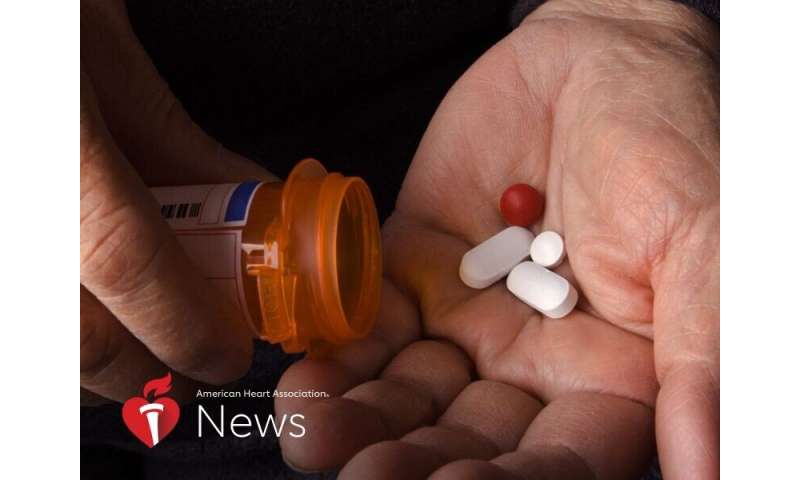 Experiencing a heart attack may be so terrifying that it triggers post-traumatic stress disorder (PTSD), and those who develop PTSD have twice the risk of having a second heart attack.

That’s according to new research that suggests this may be because PTSD keeps them from taking their cardiovascular medication.

Researchers electronically monitored medication adherence of 400 people who were suspected of having or known to have had an acute coronary syndrome (ACS). ACS is an umbrella medical term in which blood supply to the heart muscle is suddenly blocked and includes a heart attack. About 18.5% of people in the study exhibited symptoms of PTSD. Another 7.8% had symptoms suggesting probable PTSD. The study found people with the most PTSD symptoms had more than twice the odds of not taking their medication compared to those with the fewest symptoms.

“But for patients, this is a sentinel event that can turn their lives upside down. They are worried they are going to die. They are worried they are not going to work again,” he said. “This trauma can result in PTSD. We thought it was possible the very medicines that are prescribed to protect patients could serve as traumatic reminders in patients who develop PTSD symptoms after a heart attack, and that this could lead” them to avoid their medications.

Kronish will present the preliminary research Monday at the American Heart Association’s annual meeting in Philadelphia.

About 1.3 million people are diagnosed with ACS each year. According to data from 2005 to 2014, there are an estimated 605,000 new heart attacks each year in the United States, and 200,000 recurrent attacks. The most common symptoms are chest pain or discomfort; pain in the jaw, neck, back, arms or shoulder; shortness of breath; and weakness or lightheadedness. In women, symptoms are more likely to include unexplained tiredness, nausea or vomiting.

PTSD can develop if a person sees or experiences a terrifying event. Its most common symptoms include intrusive memories or flashbacks, nightmares, severe anxiety and avoiding people, places or activities that remind the person of the traumatic event. It is often accompanied by depression.

An analysis published in 2012 by Kronish’s colleagues at Columbia concluded that about 1 in 8 people diagnosed with ACS develop PTSD symptoms. Psychotherapy and medication alone or together are the primary treatments for PTSD.

“Whether someone has PTSD and then has a heart attack or develops PTSD after a heart attack, it can affect outcomes,” said Jeffrey Scherrer, a research director in the department of family and community medicine at the Saint Louis University’s Center for Health Outcomes Research in Missouri. “To improve adherence, doctors need to screen for PTSD and be aware of its potential to drive recovery.”

After a heart attack, patients may need to take one or more medications to lower cholesterol, help keep the arteries open or prevent blood clots. These drugs typically are prescribed by cardiologists.

Scherrer, who was not involved in the study, said these heart specialists might not be looking for signs of PTSD, and that “highlights the need for collaborative care between cardiologists and mental health experts.”

Survivors also are likely to benefit from increased education about the link between heart attacks and PTSD.