WALDEN, Colo. — The building that once housed the last drugstore in this town of fewer than 600 is now a barbecue restaurant, where pit boss Larry Holtman dishes out smoked brisket and pulled pork across the same counter where pharmacists dispensed vital medications more than 30 years ago.

It’s an hourlong drive over treacherous mountain passes to Laramie, Wyoming, or Granby or Steamboat Springs, Colorado — and the nearest pharmacies. The routes out of the valley in which Walden lies are regularly closed by heavy winter snows, keeping residents in and medications out.

Walden has suffered the fate of many small towns across the United States, as the economics of the pharmacy business have made it difficult for community drugstores to survive. With large pharmacy chains buying up independent drugstores and increasingly controlling the supply chain, towns such as Walden have too few residents to attract a chain drugstore and no great appeal for pharmacists willing to strike out on their own.

With no local access to prescription drugs, the town of mainly cattle ranchers and hay farmers has crowdsourced a delivery system, taking advantage of anyone’s trip to those bigger cities to pick up medications for the rest of the town.

“Really, it’s a network of community and people reaching out and knowing that others have needs,” said Tina Maddux, who runs a nonprofit that provides food and other assistance in Walden. “We’re a community that pulls together for the wellness of everyone.”

The system is just one of the creative ways that rural communities deal with a lack of health care. In Walden, the senior center runs a regular shuttle to the bigger locales so older residents don’t have to drive to pick up groceries, visit doctors or refill their meds. In October, a pharmacy in Steamboat Springs began delivering medications to Walden once a week. Mail-order pharmacies can help with medications for chronic conditions, but not for acute needs.

Yet these solutions can’t replace a bricks-and-mortar pharmacy, as pharmacists do much more than count pills. They can give flu or covid shots and, in some states, such as Colorado, even prescribe contraceptives. Some run diabetes management or smoking cessation programs. Medications can be complicated, and without a live person to talk to, patients can struggle to take them correctly. 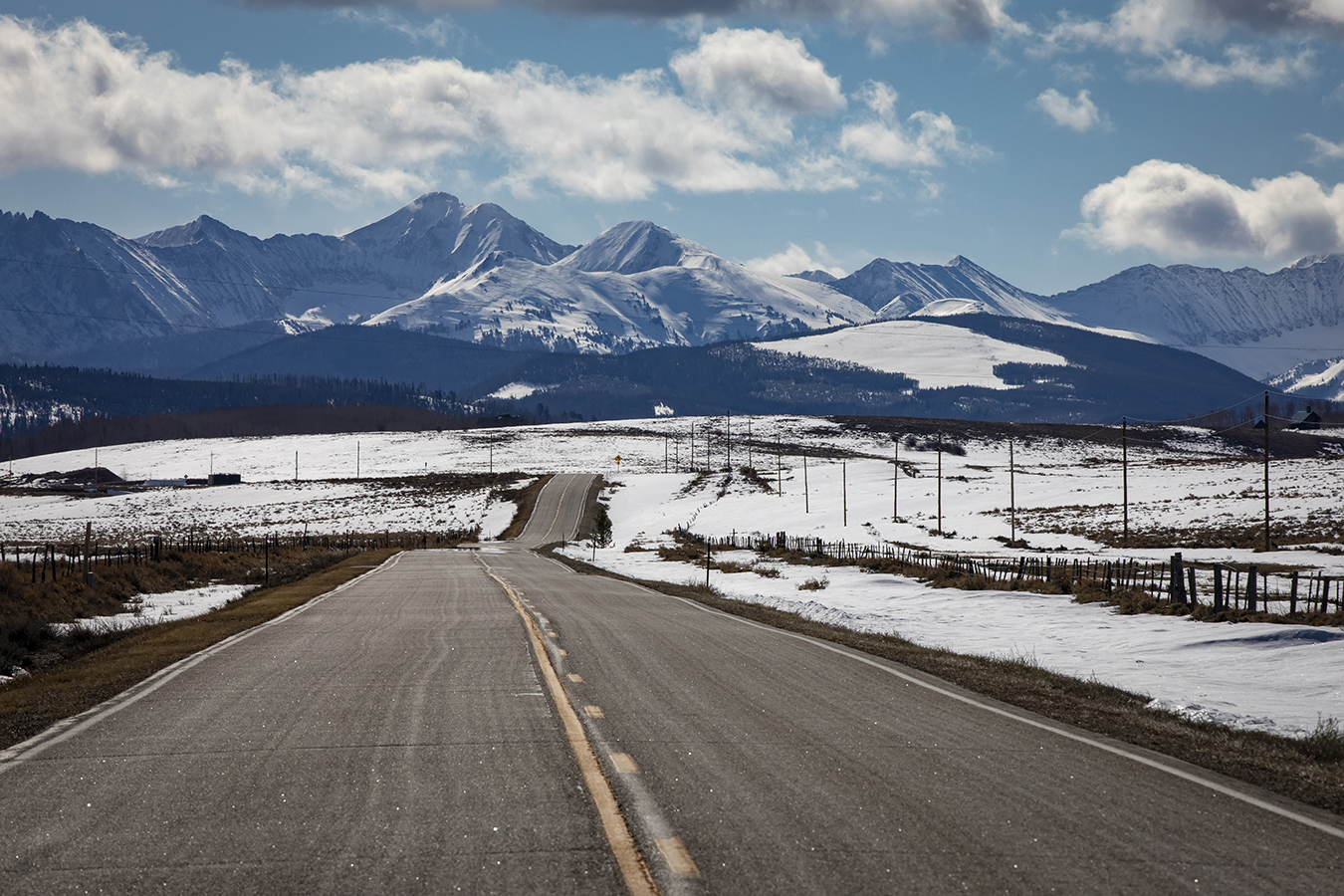 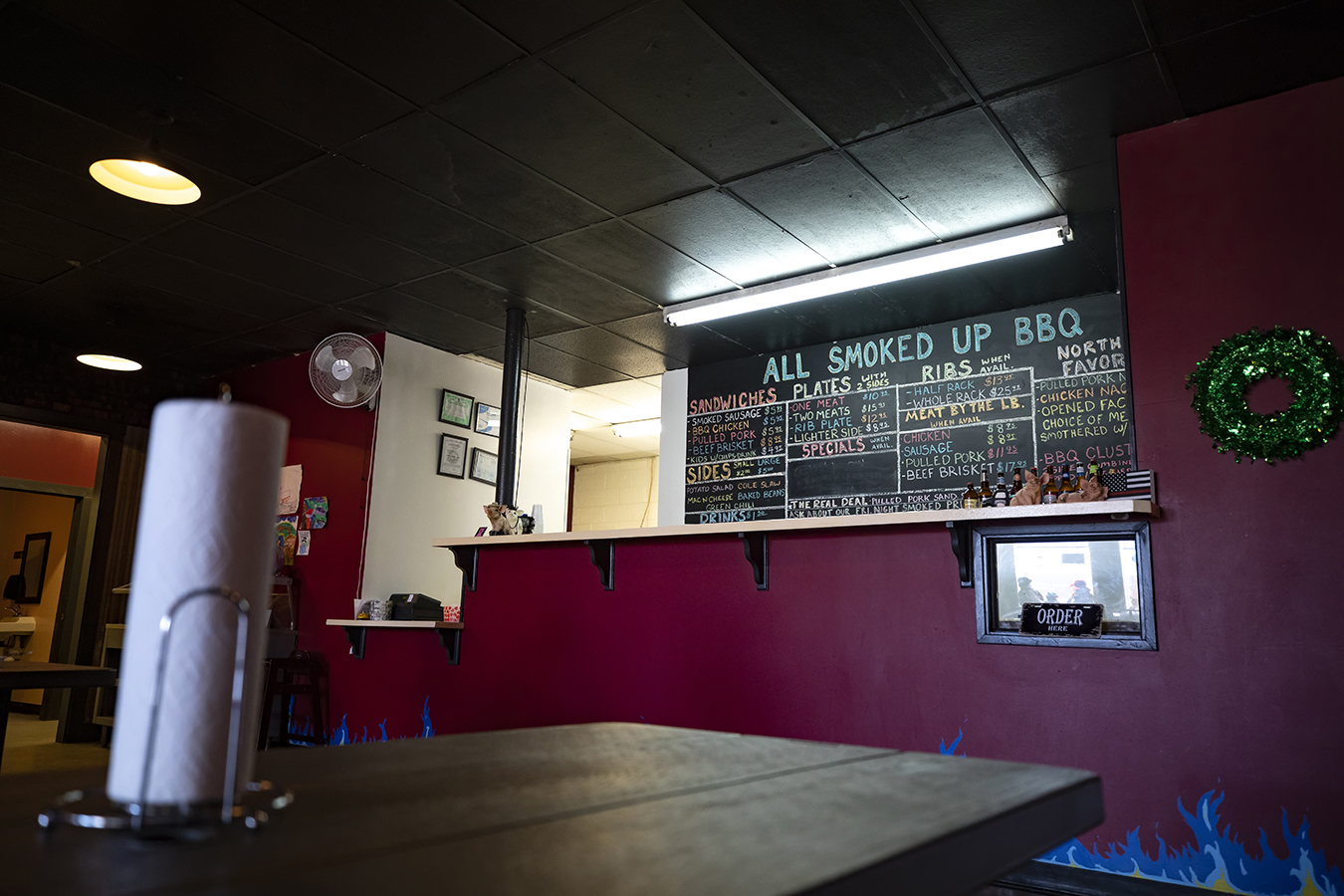 In Walden, locals are one snowstorm, one mishap, from being cut off from their meds.

That uncertainty leaves Whitney Milek with constant anxiety. Her younger son, 8-year-old Wade, relies on medications to control his seizures. She usually picks up his medicines in Laramie, where the family does its big grocery runs. But when she needs to refill in between trips, she turns to her neighbors for help.

The informal system runs primarily through a Facebook group created in 2013 as a sort of online garage sale. For years, people have been posting to ask if anybody is headed toward a pharmacy and can bring back a prescription. Neighbors deliver to neighbors, even during the pandemic, and no money is exchanged.

“There are times when nobody is going and you end up having to have them mailed, which is a whole other thing, especially with seizure meds,” Milek said. “Some are controlled substances and they can’t mail them.”

Two winters ago, Milek called in one of her son’s prescriptions to a Steamboat Springs pharmacy. But when she arrived, the medication was out of stock. With road conditions rapidly worsening, she asked if the pharmacy would mail the medication but was told she lived too close for mail delivery. She turned to a pharmacy in Laramie, which eventually agreed to mail it to her — but also didn’t have it in stock.

“So, he ended up going five days without,” Milek said. “It’s not a big deal if you miss a dose here or there. But when you miss that many over a period of time, your tolerance level goes down.”

That medication must be carefully managed to build up gradually in Wade’s blood to avoid a severe allergic reaction. It took three weeks to scale up to his daily dose when he started taking the drug two years ago.

“When he went five days without it, he had to basically start all over again. It was over Christmas break, so he wasn’t in school. I brought him to work with me because I didn’t feel comfortable leaving him with anybody else,” said Milek, a bookkeeper. “I didn’t know what was going to happen.” 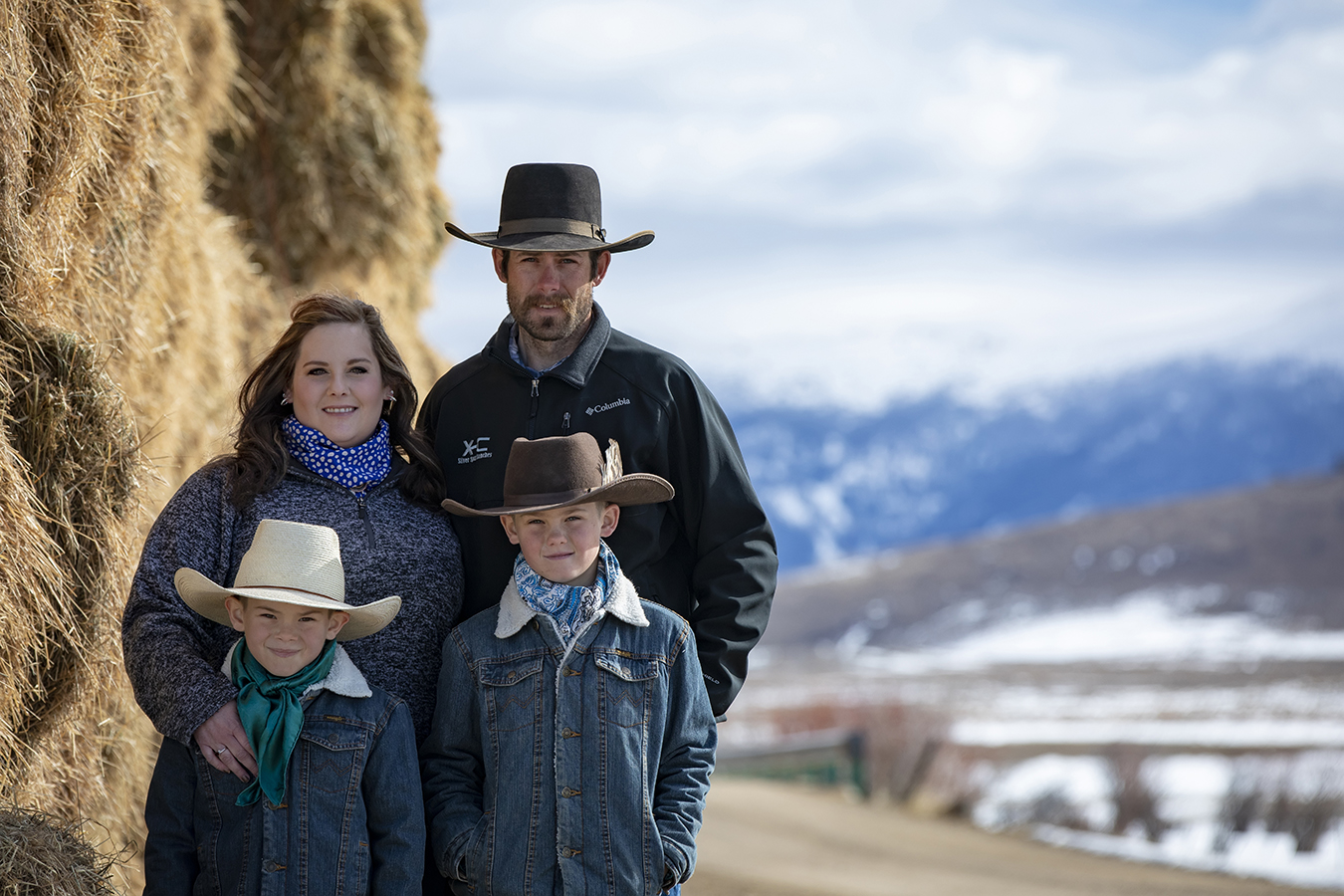 Wade was fortunate to avoid complications that time. But having a local pharmacy mail medications comes with added costs — $26, in their case, for a prescription last month — an extra tax on those who cannot get to a pharmacy. Mail-order pharmacies typically don’t charge for shipping yet can run into snags, too. Last year, some of Wade’s mailed medications got stuck in a Denver processing facility for three weeks. The Mileks had to pay $1,600 out-of-pocket to get replacements.

Walden has no hospital, only a small clinic where Dr. Lynnette Telck and a nurse practitioner care for residents. The clinic stocks some basic medications to handle routine acute needs — antibiotics for strep throat, inhalers for asthma — and they can mix up liquid suspensions for those who can’t swallow pills.

“It’s a small town, so we all wear many hats,” Telck said.

Studies show that, without a drugstore nearby, patients aren’t as likely to keep up with their medications and their chronic conditions can worsen. Without readily available medications, Telck said, patients can end up taking an ambulance to an emergency room.

“It’s just so darn expensive to the system,” she said.

Walden touts itself as the moose-viewing capital of Colorado and is a recreation mecca for hunting, fishing and snowmobiling. But Telck said it could be hard to attract a pharmacist because the town lacks amenities like movie theaters and shopping malls.

“It’s pristine and wonderful in its own quirky way and we love it,” she said. “But not a lot of people want to come to rural areas. The wages aren’t as high as in the big cities.”

Middle Park Health, the Granby-based hospital system that operates the Walden clinic, had looked at putting a more complete pharmacy in the clinic but couldn’t find a technician to staff it.

“The days of that being a profitable, desirable business? It’s a lot tougher than it was a decade or two ago,” said Gina Moore, an associate dean at the University of Colorado’s School of Pharmacy. “You come out of eight years of college — four years of undergraduate and four years of pharmacy school — with pretty significant student loan debt. It’s very hard to go to a rural community where you don’t make any money.”

In towns without an ER or a clinic open late, pharmacists often become the health provider of last resort. They tell patients whether they need to make the long trek to a hospital late at night or can wait until morning.

“A patient will often come to the pharmacy as the first point of access for health care,” Moore said. “Our pharmacists are taught to understand and to be able to advise people on what can be self-treated with over-the-counter medications versus when you need to see a higher-level provider or an urgent care.”

Researchers from the Rural Policy Research Institute at the University of Iowa have documented how the deck is increasingly stacked against community pharmacies.

In 2013, they found that new Medicare Part D drug plans resulted in low and late reimbursements, replacing direct out-of-pocket payments from customers. That left many pharmacies unable to turn a profit. By 2018, surveys showed pharmacies were struggling more with the narrowing margin between what they paid for the drugs and what they were being reimbursed by health plans.

Towns of more than 10,000 people are often served by at least a Walmart or a supermarket pharmacy, Mueller said.

“But you get out into smaller communities, the predominant modality had been the corner drugstore,” he said. “We’re not seeing that replacement of the closed independents by a CVS, Rite Aid or Walgreens.”

The Mileks have talked about whether they should move near her family in Wyoming to be closer to a hospital and pharmacy.

“When you can’t get to a pharmacy, it’s scary, because things can happen so fast,” Milek said. “People just have no concept of what it’s like out here.” 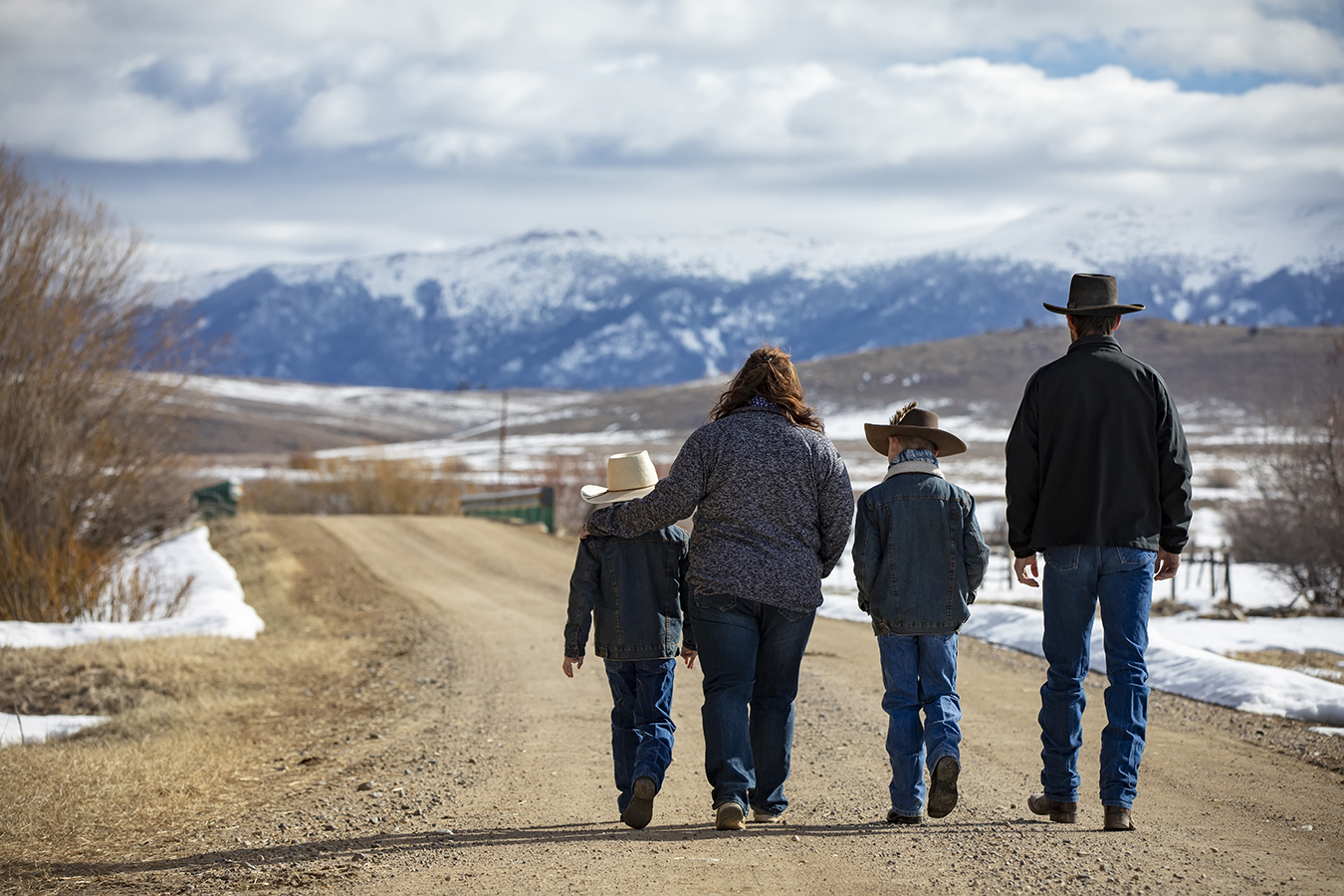