This story is part of Survivor's Guide, a series on navigating the impact of breast cancer through beauty and self-care.

The distrust so many Black people feel toward the medical community is deeply rooted in the implicit bias we face. Historically, the medical industry has on many occasions failed to properly diagnose, believe, and treat Black women, and this has made many of us hesitant to seek care until our symptoms are dire. Examples of racial disparities in treatment can be found across conditions, but breast cancer is one example where the differences for Black women and our white counterparts are particularly stark, including in the rate of diagnosis and quality of treatment.

According to statistics from the Centers for Disease Control and Prevention and the National Cancer Institute (NCI), in 2017, though the rate of new cases of breast cancer was similar for white and Black women, the death rate from breast cancer for Black women was higher than for white women. Additionally, statistics from the NCI’s 2020 Surveillance, Epidemiology, and End Results (SEER) Program provided a four-year analysis of breast cancer deaths, from 2014 to 2018, that showed similar figures on death rates. SEER’s data found that white women died at a rate of about 19 per 100,000, compared to a rate of approximately 27 per 100,000 Black women.

Cynthia Jones, the chair of Newton Medical Center’s department of surgery in New Jersey, who specializes in breast, laparoscopic, and general surgery, has over 23 years of experience treating breast cancer. She explains that many other factors are also at play when it comes to a patient’s prognosis, such as access to preventative services, physician bias, and characteristics of the cancer.

Clinical studies would help, but it’s not that simple

According to Jones, more clinical studies would be helpful in successfully treating breast cancer in Black women, but there is a lack of participation — perhaps for good reason. “Large, prospective, controlled breast cancer studies — the ones to help us determine best practices — have very few Black participants. There are a number of reasons for this, but it leaves us to extrapolate what will be the best therapy for Black women from the results of those that did participate,” she explains. The NCI has been trying to remedy this. In 2016, as reported by Allure at the time, the NCI launched the largest ever study of breast cancer genetics in Black women. Instead of recruiting new participants, researchers planned to aggregate and analyze the data, resources, and bio-specimens of 18 previous studies, for a total study population of 20,000 Black women with breast cancer.

Studies are often met with trepidation in the Black community, which is understandable, considering the history.

Damali Martin, the NCI’s program director for the Division of Cancer Control & Population Sciences, has updated Allure on the status of the four-year study: “This large study of genetics of breast cancer conducted in women of African ancestry builds on years of scientific cooperation between members of the African American Breast Cancer Consortium, the African American Breast Cancer Epidemiology and Risk (AMBER) Consortium, and the NCI Cohort Consortium, and will significantly improve our understanding of breast cancer genetics and biology in women of African ancestry as well as identify potential genetic targets for breast cancer prevention or novel cancer treatments in high-risk women.” The study is in its last year of funding, according to Martin, and investigators anticipate sharing results within the next 6 to 12 months.

It's understandable that studies are often met with trepidation in the Black community, considering the history. James Marion Sims, often credited as the “father of gynecology,” performed experimental surgeries, without anesthesia, on slaves; there’s also the Tuskegee syphilis studies, in which Black men were unknowingly given syphilis and then denied proper treatment to study its progression, despite the fact that treatment had already been discovered. These are just two examples among many other historic incidents, all of which have played a part to this day in keeping Black people from seeking treatment until it's absolutely necessary. 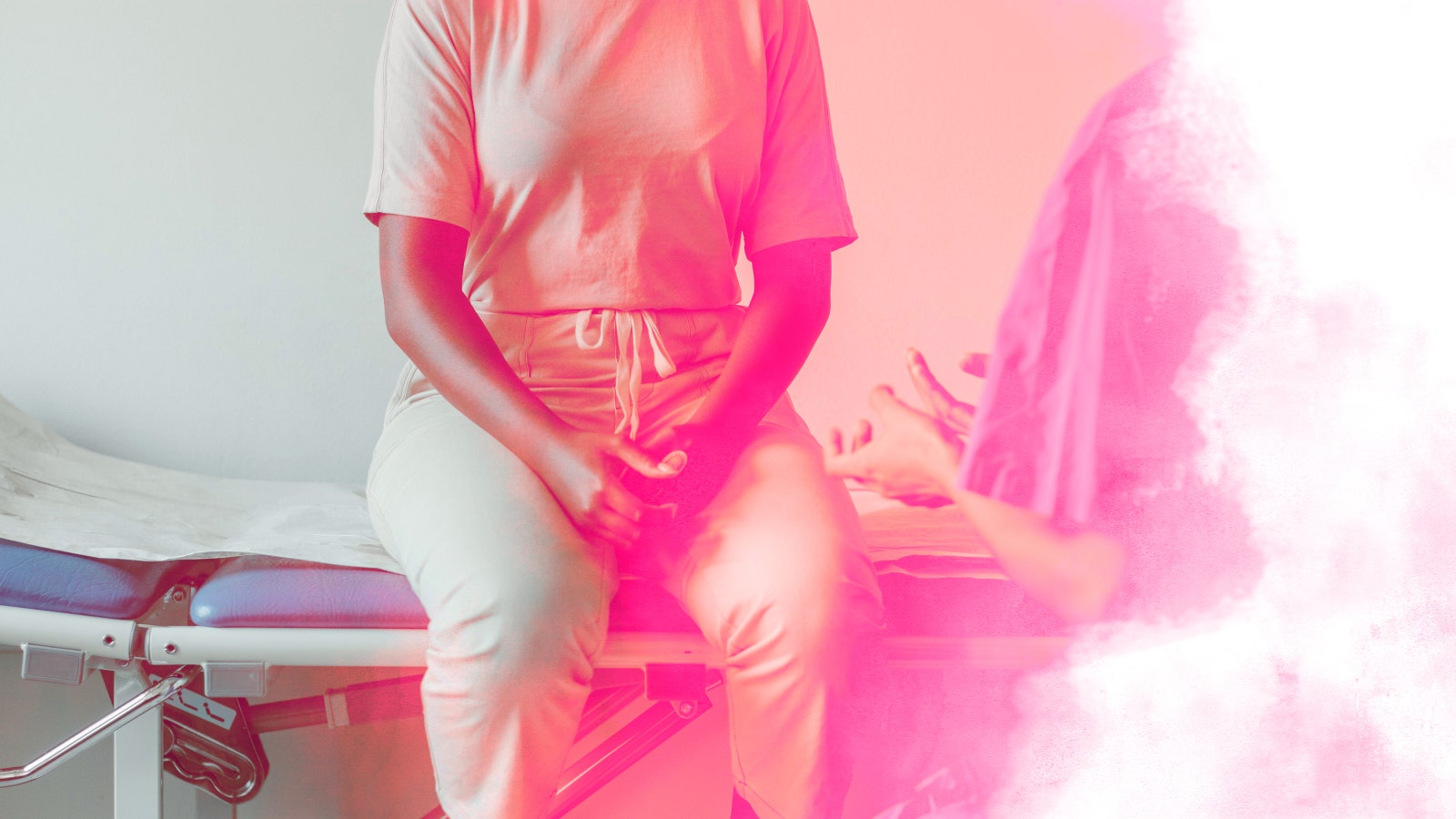 Brittany Johnson, a licensed mental health counselor based in New Albany, Indiana, who specializes in trauma, says patients often come to see her after receiving a breast cancer diagnosis. “For many Black women there is this added fear [with a cancer diagnosis] that, because of their race, they won’t get quality care," she says. "Many women fear that their concerns won’t be taken seriously due to their race and socioeconomic status — that it will prevent them from getting top-notch treatment.”

Many studies show that Johnson’s clients’ fears aren’t unfounded. A 2016 study from researchers at the University of Virginia analyzed responses of white medical school students and residents and found that half of them believed dangerous myths, including that Black people feel less pain and have thicker skin than white people; the study’s findings also suggested that medical students and residents might recommend inaccurate pain treatment as a result. “Studies have shown that Black women are less likely to be believed with a medical complaint, and this may lead to under-diagnosis or a delay in diagnosis,” says Jones of why such physician bias is problematic.

Being your own advocate and finding support can help

Diamonique Valentine learned to advocate for herself after being diagnosed with triple-negative breast cancer, at 27, with advice from another Black woman she'd been introduced to who had finished her own breast cancer treatment three years before. Valentine was told to question every aspect of her treatment plan, such as the effectiveness of her medications and the necessity of every procedure. She thinks this practice may have been annoying for doctors, but it was empowering for her.

“They made it seem like I was a case study,” she says.

“[When] you walk into a hospital’s cancer center and don’t see anybody who looks like you, you’re already thinking, Am I getting the best treatment? Are they trying to overtreat me?" Valentine recalls. She got into the habit of asking why certain methods were employed, especially if they did not match her own research. She received answers like “I just do it differently,” or “You’re younger and I want to attack it head-on.”

At one point, before Valentine even knew what was being done, the research team came in and began drawing blood without telling her why. “They made it seem like I was a case study,” she says.

After enduring 16 rounds of chemotherapy and a double mastectomy, Valentine says she is pleased overall with the quality of her treatment, despite insurance barriers that gave her limited access to programs. “There were a lot of things that I couldn't participate in because my insurance didn’t cover them,” she explains. According to Valentine, even her diagnosis took two months. 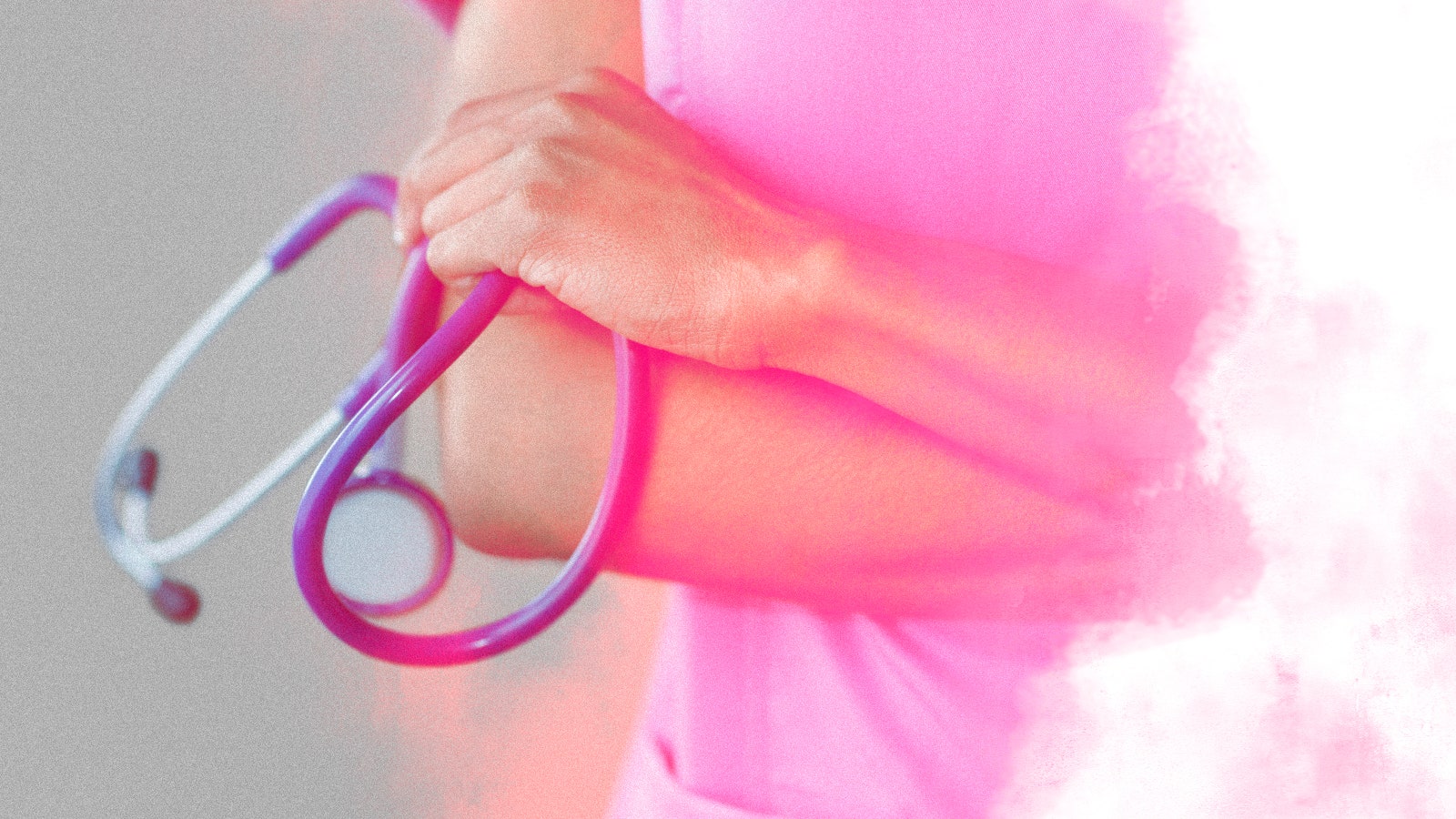 Jones echoes the importance of being your own advocate. She says she believes that many of her Black patients feel at ease upon meeting her and finding she is also Black, but regardless of your doctor's race, you still need to look out for yourself. “Obtaining quality health care also requires one to be an advocate for oneself. This means asking probative questions and making sure that you understand what is being recommended, or insisting upon getting the testing or referrals that are needed," she advises. "This can be difficult, because depending upon the physician, this may not be well-received. Some physicians are uncomfortable with their patients asking questions, no matter how respectfully they are placed.”

The fear many Black women have when seeking and receiving adequate care is real and understandable, says Johnson, but, she adds, many of her clients find some solace through certain support systems, including friends, family, and religion. A 2019 study in Italy found that support groups for patients and their loved ones have a positive impact on outcomes. No matter your prognosis, advocating for your care and prioritizing connection and self-care is necessary for maintaining a hopeful outlook during your treatment.

However, while self-advocacy and support are crucial, Jones emphasizes that the onus for quality care can't be put solely on the patient. “[We need] more Black physicians since we make up a small number of all physicians," she says. "Better training in medical school is also needed to address biases by all physicians that can contribute to health care disparities.”