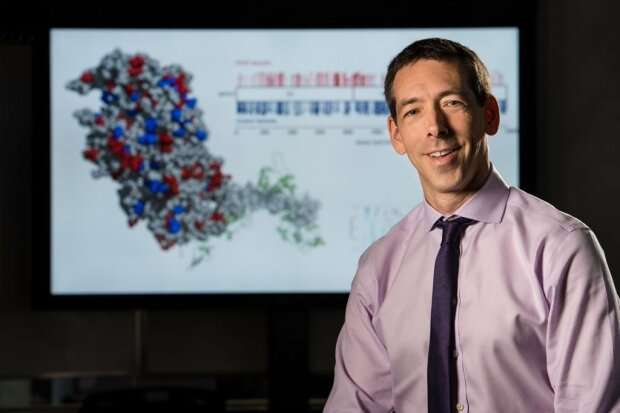 Scientists investigating heart failure have been limited to studying diseased heart tissue in the lab—understandably, as people don’t tend to pluck out a healthy heart for the sake of research. But now, scientists with access to unusable, yet still healthy, donor hearts have been able to investigate the genomic pillars behind the transition from healthy hearts to heart failure.

In doing so, researchers at the Stanford University School of Medicine and their collaborators have created one of the first maps to reveal gene activity and connectivity as the heart shuts down.

Euan Ashley, MB ChB, DPhil, professor of medicine, of genetics and of biomedical data science at Stanford, calls it a gene network. These networks, he said, are akin to social networks. “Let’s say we traced the whereabouts of the human resources department at Stanford. We could see that they tend to park in the same area, go to the same office, and get lunch in the same place,” he said. “They move together, and so it can be reasonably inferred that they are somehow related to each other.”

Tracing a gene network for heart failure is like that, only instead of watching physical movements, Ashley and his collaborators watched for changes in gene expression, paying attention to how it changes as healthy hearts degenerates.

By delineating these gene networks, the group has discovered one gene in particular that seems to be at the center of the action. It appears to be highly connected in heart failure, meaning its activity is similar to that of many neighbors. What’s even more exciting, Ashley said, is that when the researchers disabled the function of this gene in mouse models of heart failure, the mice were protected and did not succumb to the cardiac condition.

“This study has a truly unique angle, which is that we had precious, healthy human tissue and we used it to tell us something new about how a disease manifests,” said Victoria Parikh, MD, clinical instructor of cardiovascular medicine. “And now someday we might even be able to translate that into a treatment.”

Heart failure is not one simple condition, said Ashley, who treats cardiac patients at Stanford Health Care. It’s more like an umbrella term that describes the heart’s inability to pump blood regardless of the cause. “It could be a heart attack, a genetic cause, high blood pressure, a valve problem or something else entirely,” he said. “Regardless of how the heart deteriorates, we believe there’s one final, common pathway that ultimately leads to heart failure.”

Now, the web of genes that they’ve mapped is providing new insight into how that pathway unfolds, and which genes are crucial to its activation.

“Maybe someday we’ll be able to peer into a cell and watch as the networks are actively changing in real time,” he said. “But right now what we have is human tissue that’s sort of frozen at a moment in time, and so we can use that to look at which genes are involved in this process.”

The group took tissue samples from more than 300 hearts (half from hearts removed from patients with heart failure who were getting heart transplants and half from healthy donor hearts) and ran genomic tests to determine gene expression activity. It was essential, Ashley said, to have the healthy donor hearts available. “Sometimes, for logistical reasons, a donor’s heart isn’t usable for transplantation, so instead of wasting these organs, we repurposed them for our study.” Thanks to a dedicated, multi-institutional surgical team that worked around-the-clock—sometimes venturing out in the wee hours of night—the group secured more than 100 healthy hearts.

To date, studies that compare the genomics of healthy hearts and heart failure have taken place mainly in mice. But with the healthy donor heart tissue, the team was able to compare and contrast genomic information in human hearts. They found that fewer biological pathways were involved in heart failure compared with healthy hearts, but there were more genes involved in those pathways. It’s almost as if the cells were “focusing” their efforts, presumably as part of a last-ditch effort to restabilize the declining heart, said Ashley.

Perhaps most telling, PPP1R3A had one of the biggest leaps in gene connectivity during the transition to heart failure, meaning it became associated with the activity of many other genes. And although it hasn’t been implicated in heart failure in the past, its role does seem to fit with some of the symptoms, Ashley said. The heart’s energy source typically comes from fatty acids, but it switches to glucose when it goes into failure. PPP1R3A as a central regulator makes sense because the gene plays a critical role in the metabolism of glucose within cells, Ashley said.

What’s more, the same networks that pointed researchers to PPP1R3A also turned up dozens of other new gene interactions during heart failure.

Ashley and colleagues confirmed PPP1R3A’s causal role in heart failure by testing the effect of the gene—or lack thereof—in mouse models of high blood pressure. It turned out that mice lacking the PPP1R3A gene maintained normal heart function, whereas those with the gene succumbed to heart failure.