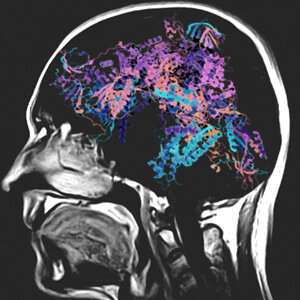 An international effort led by physician-scientists at Rady Children’s Institute for Genomic Medicine (RCIGM), in collaboration with a team at the Montreal Children’s Hospital of the McGill University Health Centre (MCH-MUHC), has identified the cause of a devastating pediatric brain disorder paving the way for the first step in developing potential therapies for this rare neurodegenerative condition.

Investigators performed advanced genetic tests on blood samples from seven children with neuro-development disabilities who were evaluated by doctors in San Diego, Montreal and Cairo. This led to the discovery of mutations in the VARS gene, which had not previously been linked to human disease.

“These children showed epileptic seizures and abnormalities evident on brain MRI scans,” said Joseph Gleeson, MD, director of neurodevelopmental genetics at RCIGM and professor of neuroscience and pediatrics at UC San Diego School of Medicine. “Although no treatment currently exists for this condition, the results are important as the first step in guiding research directed at targeted therapies.”

The genetic mutations identified in the study led to a defect in the enzyme responsible for generating proteins containing the amino acid valine which is necessary for cellular health. Genetic variations that damage these types of enzymes are associated with a variety of human diseases including microcephaly and neuropathy.

In this study, the team found that, enzymatic activity was significantly reduced in cells from the young patients. The findings suggest that children with this disorder may benefit from treatments to support the synthesis of new valine containing proteins in the brain.

For many children with genetic disabilities, the cause of their disease is rarely identified. This limits the ability of doctors to develop precise treatment plans. Researchers at RCIGM and at The McGill University and Génome Québec Innovation and Centre have pioneered the use of Whole Genome Sequencing to rapidly diagnose and guide medical management of rare childhood diseases.

Both whole exome and whole genome testing were conducted as part of this study. These tests search an individual’s genetic code for imperfections that are the source of disease.

“Trying new approaches to understand what these children have is important. Having an answer about what’s making their child so sick helps families grieve,” adds study co-author Geneviève Bernard, MD, MSc, FRCPc, pediatric neurologist at the Montreal Children’s Hospital of the McGill University Health Centre (MUHC) and a researcher with the Child Health and Human Development Program of the Research Institute of the MUHC. Dr. Bernard is also an assistant professor in the Departments of Neurology and Neurosurgery, and Pediatrics, at McGill University.

Patient evaluation and testing for this study was conducted at Rady Children’s Hospital-San Diego, Montreal Children’s Hospital of the McGill University Health Centre and the National Research Center in Cairo. Medical research institutions in Amsterdam, Hong Kong, Qatar and Egypt also played a supporting role in confirming the biologic impact of the mutation in the VARS gene.

“For ultra-rare conditions such as this one, collaboration among multiple research institutions is crucial to confirm that changes identified in the genetic code may be common to multiple children with similar clinical symptoms,” said study co-author Jennifer Friedman, MD, neurologist at Rady Children’s Hospital and professor at UC San Diego School of Medicine.

“Such cooperation and patient matching plays a critical role in the identification of new genes and provision of diagnoses to geographically dispersed individuals with the same rare disorder,” Dr. Friedman said.