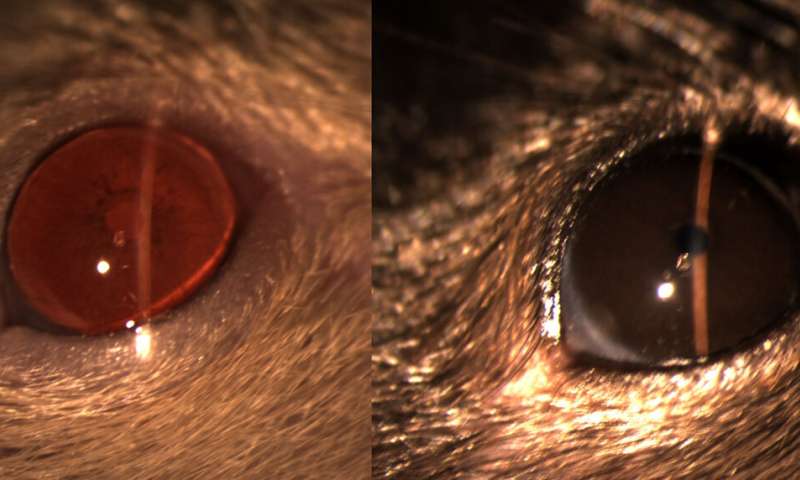 Albinism is the best-known of a group of rare genetic disorders that can affect both eyes and skin. Some genes have been identified that are linked to these conditions, but many remain mysterious. Now a team led by UC Davis researchers has identified dozens of these genetic mutations in a screen of gene-targeted “knockout” mice. The authors hope the work, published Aug. 1 in Scientific Reports, will be a resource for clinicians specializing in genetic disorders.

“This mouse data may be of interest to clinicians, especially for patients with no known genetic cause for their condition,” said Ala Moshiri, associate professor of ophthalmology in the UC Davis School of Medicine and corresponding author on the paper.

Skin, eyes and nerve tissue are linked because they all develop from the same early embryonic tissue. Another group of rare eye and skin disorders distinct from albinism, called phakomatoses, are also caused by genetic alterations inherited from parents or that occur by accident early in embryo development.

Albino people and animals lack pigment in their hair, skin and eyes. The degree of pigment loss varies, depending probably on the genetic change responsible. Some albinos are entirely lacking in pigment; at the other end of the scale, some people with “blonde” coloration may have a mild form of albinism.

There are known genes linked to albinism in humans, but not all cases have a clear genetic cause.

Moshiri, Bret Moore, resident at the UC Davis Veterinary Medical Teaching Hospital and an international team of colleagues searched the public database of gene knockout mice created by the International Mouse Phenotyping Consortium (IMPC) for animals with skin, hair or pigmentation abnormalities. Then they cross-checked for those which also had eye defects. That produced a list of 52 genes affecting both skin and eye organ systems, 35 of which were previously unknown.

“I expect the majority of these genes will cause similar problems in humans,” Moshiri said.

The IMPC is an international effort including the Mouse Biology Program at UC Davis. The IMPC collaborators create mice with targeted deletions of a single gene (“knockout” mice) and examine the effects. So far, the consortium has produced lines of knockout mice for about 6,000 genes, of which more than 5,000 have been characterized, or phenotyped, across 11 body systems.