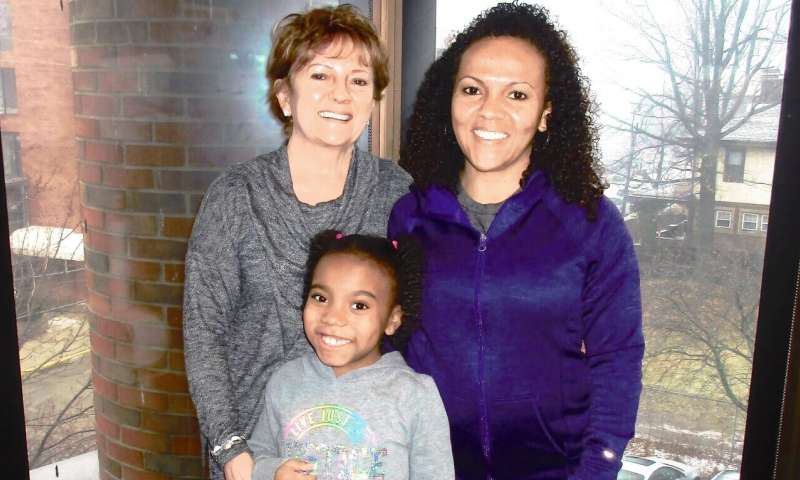 On Sunday, April 28, a team of researchers received the 2019 Human Growth Award at the Pediatric Endocrine Society’s Annual Meeting for their abstract, entitled “Clinical Characterization and Trial of Growth Hormone in Patients with Aggrecan Deficiency: 6 Month Data,” and presented this at the PES Presidential Poster Session.

Eirene Alexadrou, M.D., a fellow at Cincinnati Children’s Hospital Medical Center, accepted the award and honorarium, while ongoing research is underway. This study started in 2017, with the objective of characterizing the phenotypic spectrum and response to a standardized regimen of growth hormone in a small cohort of 10 patients and their families.

In 2017, Andrew Dauber, M.D., MMSc., the division chief of endocrinology at Children’s National Health System, led an international consortium of researchers in publishing a manuscript describing the phenotypic spectrum of 103 individuals—70 adults and 33 children, including 57 females and 46 males—from 20 families with aggrecan gene (ACAN) mutations.

Dr. Dauber and his colleagues have established that short stature and accelerated bone age is common among people with ACAN mutations. In a review of retrospective data, including patients treated with a variety of growth-promoting therapies at varying doses, the research team found that over the first one, two and three years of treatment, the standard deviation scores (SDS) for height increased by .4, .7 and 1, respectively.

The current abstract now describes six children enrolled in a prospective standardized trial of growth hormone therapy. After six months of treatment, the children have increased their height SDS by an average of 0.46, the equivalent of a mean increased height velocity of 9.5 centimeters each year.

The researchers are now performing an in-depth look at joint effects, examining special MRIs of the knees. They found that two of the children had a problem with their knee cartilage called osteochondritis dissecans. They had not yet presented with clinical symptoms. The researchers hope that early intervention with physical therapy can help prevent significant joint disease in the future.

“Providing growth hormone therapy to children with ACAN gene mutations is relatively new in the field of pediatric endocrinology,” notes Dr. Dauber. “Previously, the assumption was that this was just short stature. We’ll continue to diagnose ACAN mutations in a clinical setting and work with families to reduce the risk of complications, such as joint problems or early-onset arthritis, which may co-occur with this gene mutation.”

As an example, Dr. Dauber met an 8-year-old patient several months ago who presented with symptoms of short stature. The patient is healthy, confident and still growing so her mother wasn’t worried about her but she made the appointment to see if there was an underlying cause to her daughter’s short stature. Her family history revealed clues to an ACAN mutation, which was later confirmed through genetic tests. Her mom, M, stands 4’8; her grandmother is 4’9. Her great grandmother was short and her great, great grandfather was 5’1. Short stature and joint problems run in the family. Once M mentioned she had osteochondritis dissecans and a hip replacement, she provided a textbook case study for carrying the ACAN mutation.

After the appointment, M shared the news with her mother about the possibility of having aggrecan deficiency. After taking genetic tests, M, her mother and M’s daughter learned they all have the ACAN mutation, and enrolled in the study that Dr. Dauber is guiding. Suddenly, it all made sense. After examining family photos, they traced the ACAN mutation back through four generations.

They could tell what relatives had an altered copy of the ACAN gene. M had it, while her two sisters did not. M’s mother was an only child, so she didn’t have aunts or uncles to compare her mother’s height to, but M’s grandmother was short, while her grandmother’s brother was average height. Although her mother’s family was from Germany, she learned that there is no specific ancestry associated with this mutation. It happens by chance and is passed down from a single parent to, on average, half of their children, a form of genetic inheritance called autosomal dominant transmission. 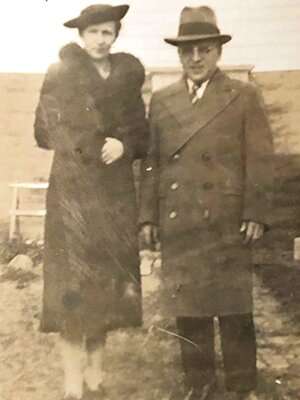 Through further research, M learned that the ACAN gene provides instructions for producing aggrecan protein, which is essential for bone growth, as well as for the stability of cartilage that lines bones and joints, explaining her recurring joint problems.

She also looked into the future, examining potential risk factors for her daughter: joint pain and bone conditions, which could contribute to arthritis, hip dysplasia and back problems.

The diagnosis now makes it easier for M and her daughter to favor bone-building activities that are easy on the joints, like swimming or water aerobics, instead of gymnastics and weight lifting. After having a hip replacement, M was careful to supplement with calcium and vitamin D. Now, she’ll take the same steps to ensure optimal bone health for her daughter. She’ll work with orthopedic specialists as her daughter grows into her pre-teen and adolescent years, carefully monitoring joint pain—altering activities that are tough on the joints, as necessary.

M let her daughter make a decision about growth hormone therapy, which her daughter decided to try. The benefits of the treatment, increased height, carry inconveniences, such as taking daily shots, but they are sticking with it.

“We’re at the tip of the iceberg with research that explores this gene mutation,” says Dr. Dauber. “We’ll continue to study these families, and more, over time to assess growth patterns and gene expression, which may reveal other mutations associated with short stature or joint problems, and guide future treatment options. It was a coincidence that this family had the ACAN mutation and scheduled an appointment, while we’re conducting this study. Otherwise, they may not have had an answer since this is fairly new research.”