With Jonathan Van Ness, Indya Moore, and Sam Smith all coming out as non-binary within the last year, odds are you’ve hit up your search bar with queries like “non-binary meaning” or “what does non-binary mean?” And maybe you’re wondering about your own gender identity.

Soooo, what *does* it mean to be non-binary?

Non-binary’s most basic definition is when a person’s gender identity doesn’t fit neatly in the male-female gender binary, or when a person doesn’t subscribe to the gender binary at all, says Wendasha Jenkins Hall, PhD, a sex educator and researcher based in Atlanta, Georgia.

“There are many shades of gender, certainly more than two options.”

That said, non-binary might mean something different to different people. So, “it’s important to ask those who identify as non-binary what it means to them,” she says.

Non-binary babe Sascha Kala, host of the podcast SituGaytionship says: “To me, non-binary means being free of gender stereotypes, free from expected gender presentation, and free from gender roles.” For non-binary print presser and archivist, Emily Snow Gross: “Non-binary is an emancipatory signal that I’m not comfortable with gender as a concept.”

Important: If you’re going to abbreviate the word, use ‘enby,’ a.k.a. the pronunciation of “NB,” but not the letters ‘NB,’ which stand for non-Black.

To really get it, you need to understand the difference between sex and gender.

Unrelated to your endocrine system or what’s between your legs, “gender identity is the internal sense of what your gender is,” says McDaniel, noting that gender is not a binary. “There are many shades of gender, certainly more than two options.” 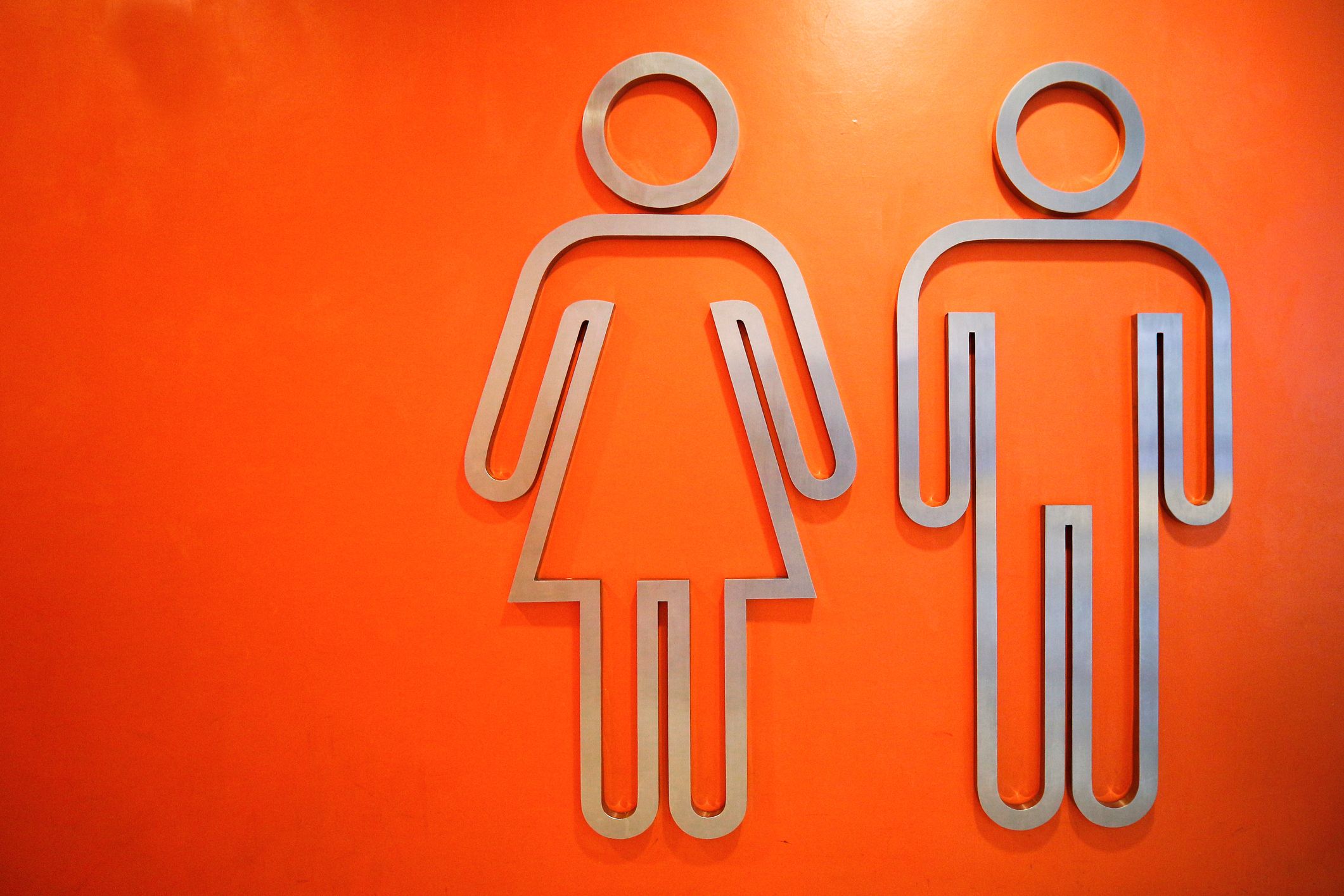 When someone’s gender identity correlates with their assigned sex at birth—for instance, someone assigned female at birth (AFAB) who identifies as a woman—they are cisgender. When someone’s sex and gender identity do not correlate—for instance, an AFAB person who identifies as a man—they are transgender. And when someone rejects the idea of gender altogether? Or does not subscribe to the gender binary? They are non-binary, says Dr. Jenkins. (FYI: Some non-binary folks identify as transgender, and some transgender folks identify as non-binary.)

As sex educator and sex-positivity advocate, Lateef Taylor, explains: “As a non-binary person, I feel a sense of freedom from the constraints of gender boxes and the idea of gender altogether.”

What are some common non-binary gender identities?

Many others see “non-binary” as an umbrella term. Some other gender identities include:

Is sexual orientation the same as gender identity?

Nope. “People often mush-up gender identity and sexual orientation,” says McDaniel. But they’re not the same. “One is an outward projection of who you want to be with and sleep with, and the other is an internal sense of who you are,” they say.

And for the record, “the label you choose for yourself is up to you, and it shouldn’t keep you from dating the people you want to date,” McDaniel says. “Someone who once identified as straight might feel like their sexual orientation expands during their time dating a non-binary person.”

How to be respectful of someone’s gender identity

Want to be an ally for the non-binary peeps in your life? Here are a few ways to get started:

1. Believe them. Let’s start with the basics: If someone comes out to you as non-binary, do not question their w-h-y or try to “disprove” their identity. Take their word for it.

2. Educate yourself. Rather than asking your non-binary pals and acquaintances to be your personal tutors on the matter, Taylor recommends educating yourself on non-binary identity. This list of Non-Binary Resources, courtesy of the Transgender Teen Survival Guide, is a great start.

3. Ask all people their pronouns. Some (but not all!) non-binary folks use gender-neutral pronouns. Most commonly: they/them/theirs. Others will use she/her/hers or he/him/hirs. To find out what someone’s pronouns are, ask.

4. Add your pronouns to your social media and email signature. “[This] is a simple yet impactful way to normalize the asking/sharing of pronouns, support and spread awareness around non-binary identities and gender-neutral pronouns, and signal that you’re an ally,” says Kala.

5. Don’t be nosy. “You wouldn’t ask a cisgender person who they have sex with or what their genitals are like,” says Taylor. “You shouldn’t ask a non-binary person those thing either.”

6. Respect their name. Some transgender and non-binary folks choose a new name to affirm their gender identity. Use this name! As Taylor says: “If you can call Madonna, ‘Madonna’ (which isn’t her given name), you can call a non-binary and trans person the name they choose.” FYI: Not doing so is called ‘deadnaming.’

7. Don’t expect a medal for respecting someone’s gender. “When someone respects my pronouns, they’ll often look to me for acknowledgment or kudos that they did good,” says Gross. “And while I’m grateful they used my pronouns, I shouldn’t be expected to congratulate someone for respecting me.”